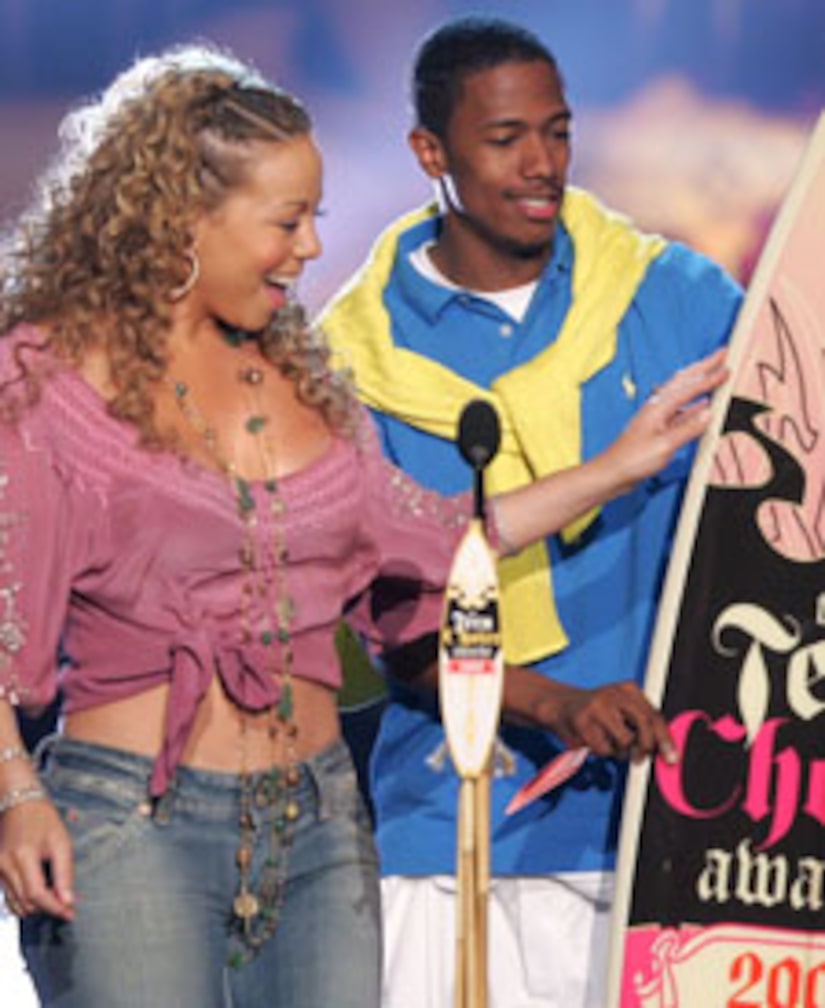 Mimi has a hot new single -- but the pop star may not be single much longer! New reports say that Mariah Carey is officially off the market, after reports surfaced of her alleged engagement to beau Nick Cannon. Carey, 39, met the rapper, 27, in March when he directed the video for her song "Bye Bye."

A source reveals to Us Weekly, "it's hot and heavy." Carey herself told Us about how it was "very nice" to work with Cannon -- and the rapper seemed to share similar feelings about the diva! When asked what he liked about Carey, Cannon revealed, "everything."