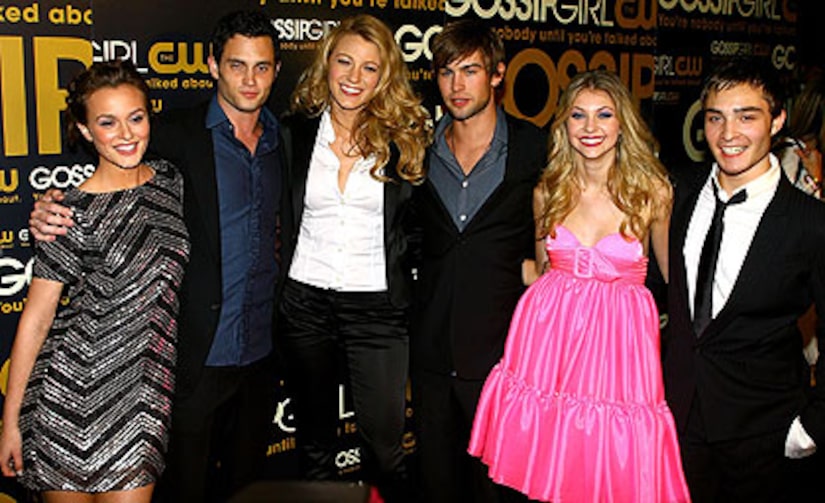 Today, The CW's hit teen show is under all-new fire, after the Parents Television Council issued a red alert against the show, warning parents of "the use of profanity and sexual imagery to exploit and further corrupt young viewers."

As the network stands by its sexy and sophisticated campaign, its young stars defend the ultra-racy content. "I think if you watch the show you would know that it's not all about sex," says star Leighton Meester. "It's very sexy. I like it." Meanwhile, Leighton and "Gossip Girl" star Blake Lively set the record straight about rumors the two are feuding. "Don't listen to the rumors," they insist.

With a growing backlash, what's next for these sexy sons and daughters of privilege? "There's gonna be a lot of drug usage," Meester reveals. "There's a lot of partying and drinking."

The "Gossip" spreads Monday night on The CW.