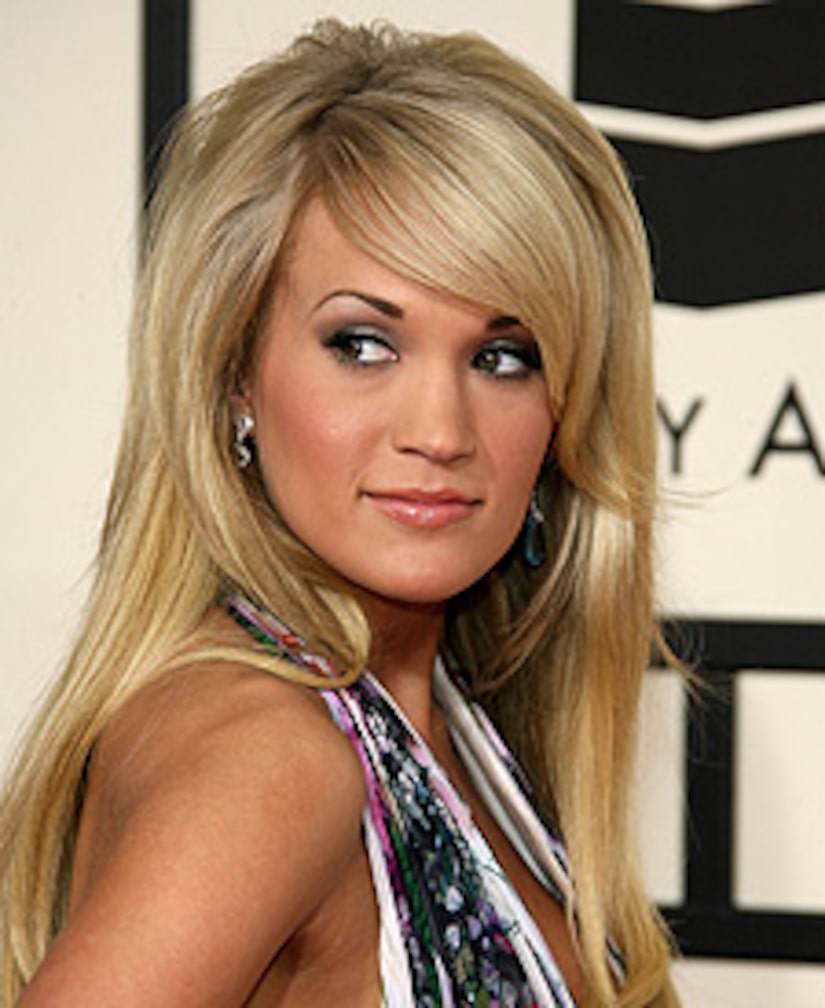 It seems Carrie Underwood put more than just her voice into her hit single "Before He Cheats" -- she has the experience to back it up! The "Idol" champ opens up to InStyle magazine about her experience with unfaithful partners -- but the star, who has dated Chace Crawford and Tony Romo, doesn't give up any names.

"I've been cheated on a time or two. It's tough," she says in the May issue of the mag, which hits newsstands Friday. "I wouldn't recommend doing any property damage, though," she adds, referencing the car attack -- slashing tires, smashing headlights -- which she croons about in her Grammy-winning song. "I'm a 'let it go, move on' kind of person," she adds.

Carrie's secret to healing a wounded heart? Ice cream! "If anybody sees me eating a sundae and I look unhappy, something bad has happened," Underwood says, "I am drowning my sorrows in fudge and caramel and whipped cream."

If that's the case, the toned country crooner looks happy these days! "I think about what I look like more than I should," she says, "but I think everyone is her own worst critic." Carrie keeps trim by keeping a food diary, but says, "I'm content with 90 percent of me. I like my teeth. Sometimes I wonder if my orthodontist realizes how important he was."