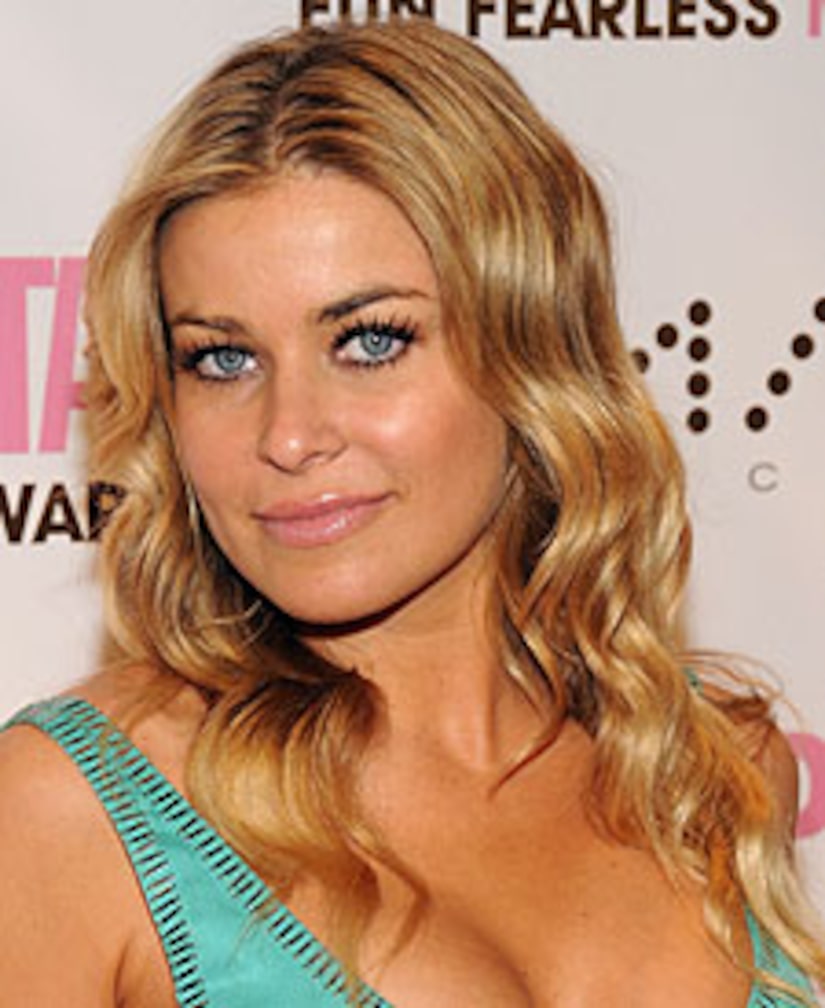 Guitarist Rob Patterson, 37, former guitarist of Korn, popped the question to Carmen Electra -- and the sultry actress has accepted! A source tells People magazine, "He told friends three days ago that he got engaged. The ring is a black diamond set in white diamonds."

They've been together for nearly a year, and Patterson proposed over the weekend while he and Electra celebrated her 36th birthday in Sin City. A rep for the actress/model had no comment.

Carmen's trip down the aisle with Patterson will be number three for the blue-eyed beauty. Electra was previously married to rocker Dave Navarro, with whom she starred in the MTV reality show "'Til Death Do Us Part: Carmen + Dave." They didn't wait. She was also briefly wed to NBA baller Dennis Rodman.