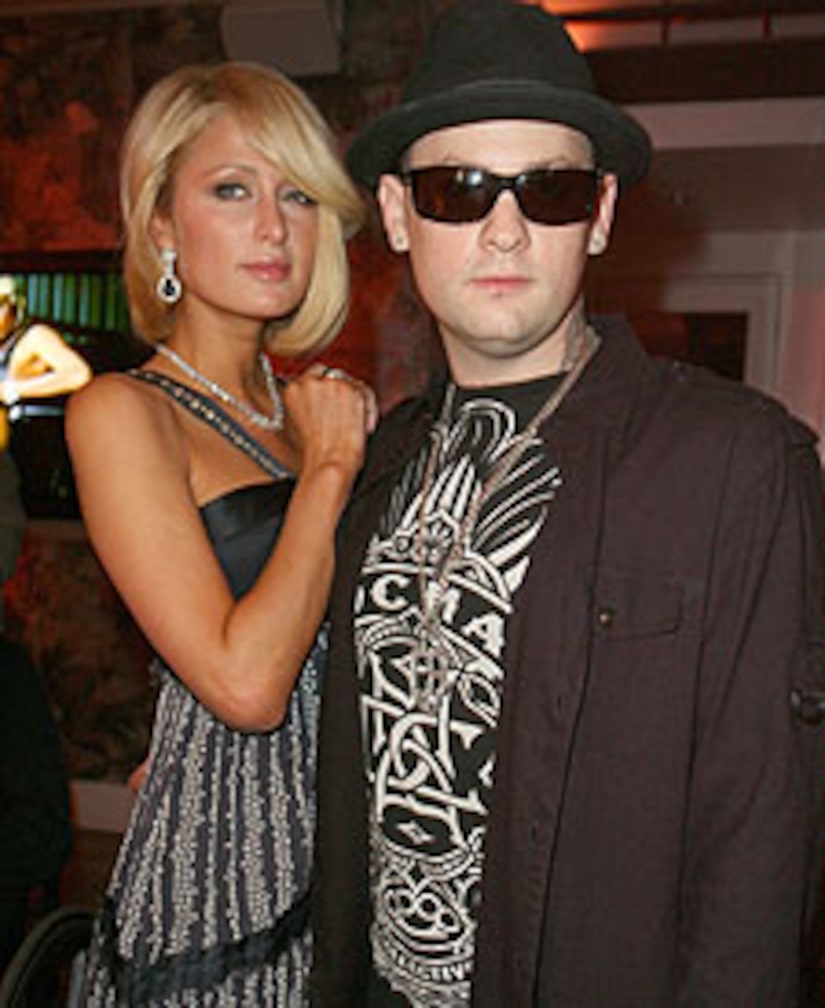 Globetrotting socialite Paris Hilton may have put her days of late-night clubbing behind her. She recently told People mag about her low-key, two-month anniversary celebration with rocker beau Benji Madden. "I made dinner and we watched movies," said Paris, "And then my girlfriend had a birthday party so we played laser tag -- it was really cool."

The couple just returned from touring with Madden's band, Good Charlotte, and they're adjusting to being home in Los Angeles after rocking around the world. "I think the way it works so well is that we're best friends and we totally trust each other," said Hilton, who gushed, "We're in love and we have an amazing time together."

The heiress stepped out in Beverly Hills this week, sporting a ring on a certain finger, which sparked rumors that Hilton may become a sister-in-law to BFF Nicole Richie -- girlfriend and baby mama to Benji's brother Joel. "No!" Paris said, but added, "we're really happy right now."