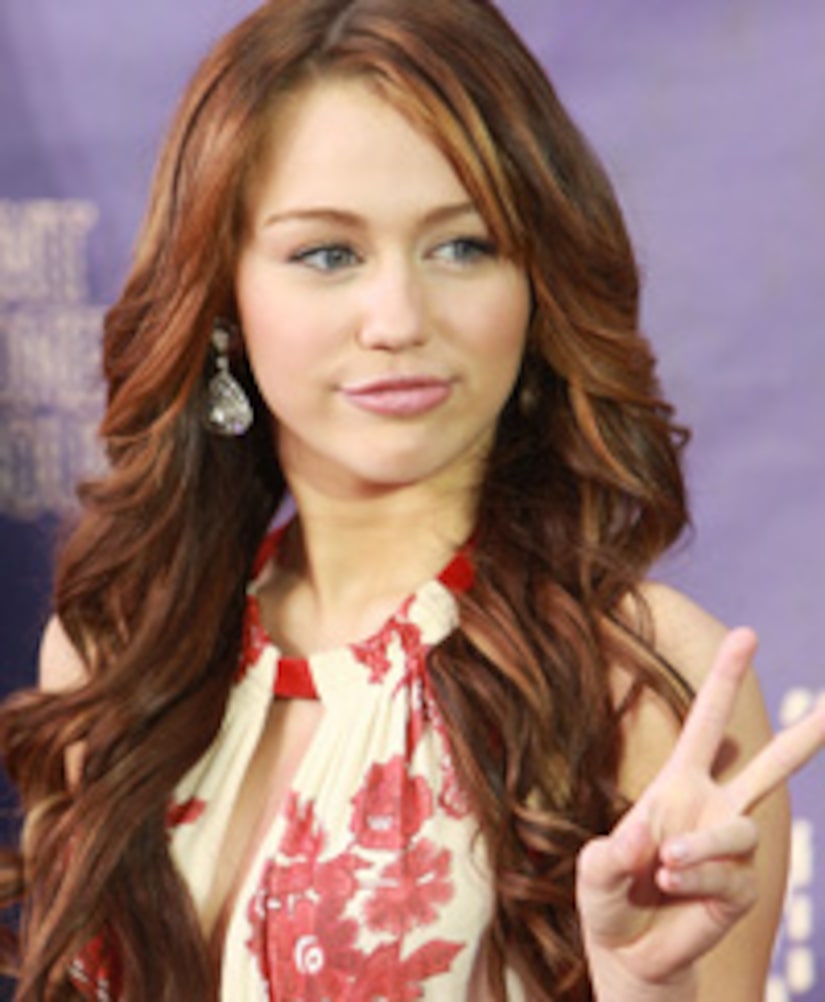 Teen queen Miley Cyrus is expanding her empire -- to a bookstore near you! The star of the popular "Hannah Montana" franchise signed a seven-figure deal to write her memoirs, reports Us Weekly.

The 15-year-old hit it big with the starring role as the normal girl turned pop star in the multi-million dollar Disney franchise, and plans to write about her rise to fame.

"I hope to motivate mothers and daughters to build lifetimes of memories together and inspire kids around the world to live their dreams," says Cyrus.

The deal will add to the reported $18.2 million she earned last year -- she's just bein' Miley!