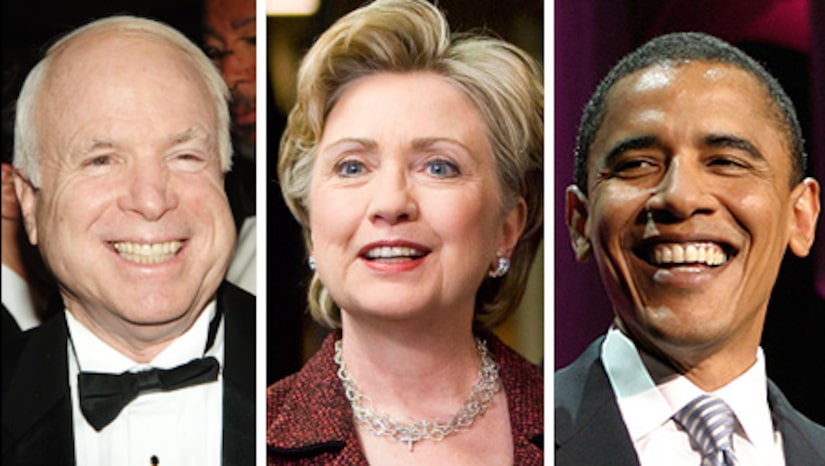 On WWE's "Monday Night Raw," the presidential candidates John McCain, Hillary Clinton and Barack Obama grappled for votes -- and based on the simulated smackdown between Hillary and Barack, there's no clear winner. Now "Extra" is revealing the fortunes of the candidates, and there's no debating who comes out on top.

Money Magazine's Senior Editor, Marliss Harris, reports McCain leads the pack with an estimated net worth of $40.4 million. Hillary and Barack don't fare too poorly themselves, with Hil maintaining a healthy nest egg of $34.9 million, and Barack barely making Millionaire-in-Chief, sharing a $1.3 million net worth with wife Michelle. Property-wise, Hillary is living the largest in two houses, worth about $5.9 mil.

The candidates are well aware, however, that money can't buy you votes. Maybe. "I think any of them would probably be willing to give up some of that lifestyle for a trip directly to the White House," says FOX Business Network anchor Jenna Lee. The winner gets the White House, but none of the presidential hopefuls will be living in the poorhouse!