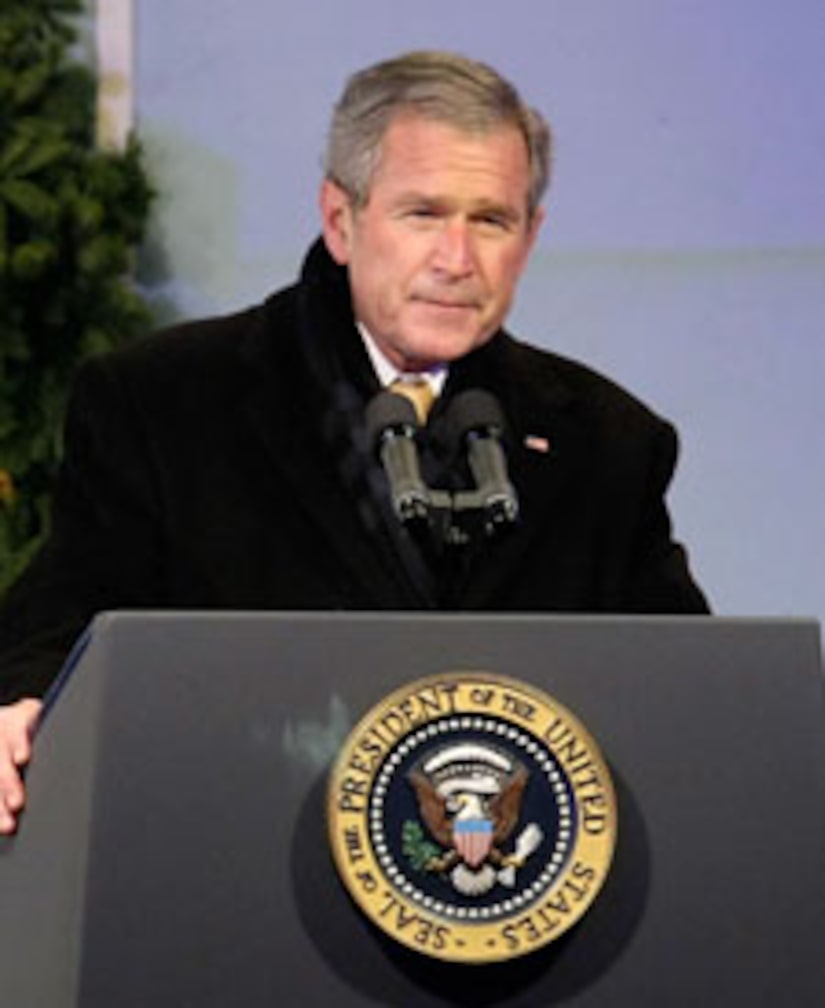 It's a "Deal or No Deal" of presidential proportions! President Bush appears on the hit show, and "Extra" is on rumor control. Will our 43rd president be playing as a briefcase buddy? No deal!

Bush does, however, send a good luck wish to "Deal" contestant Captain Joseph Kobes, a U.S. Army transportation officer who served three tours of duty in Iraq, according to MSNBC. The veteran officer went above and beyond his call of duty, receiving a Purple Heart and Bronze Star for his heroic deeds.

Catch the Commander-in-Chief's message to Kobes, tonight on NBC.