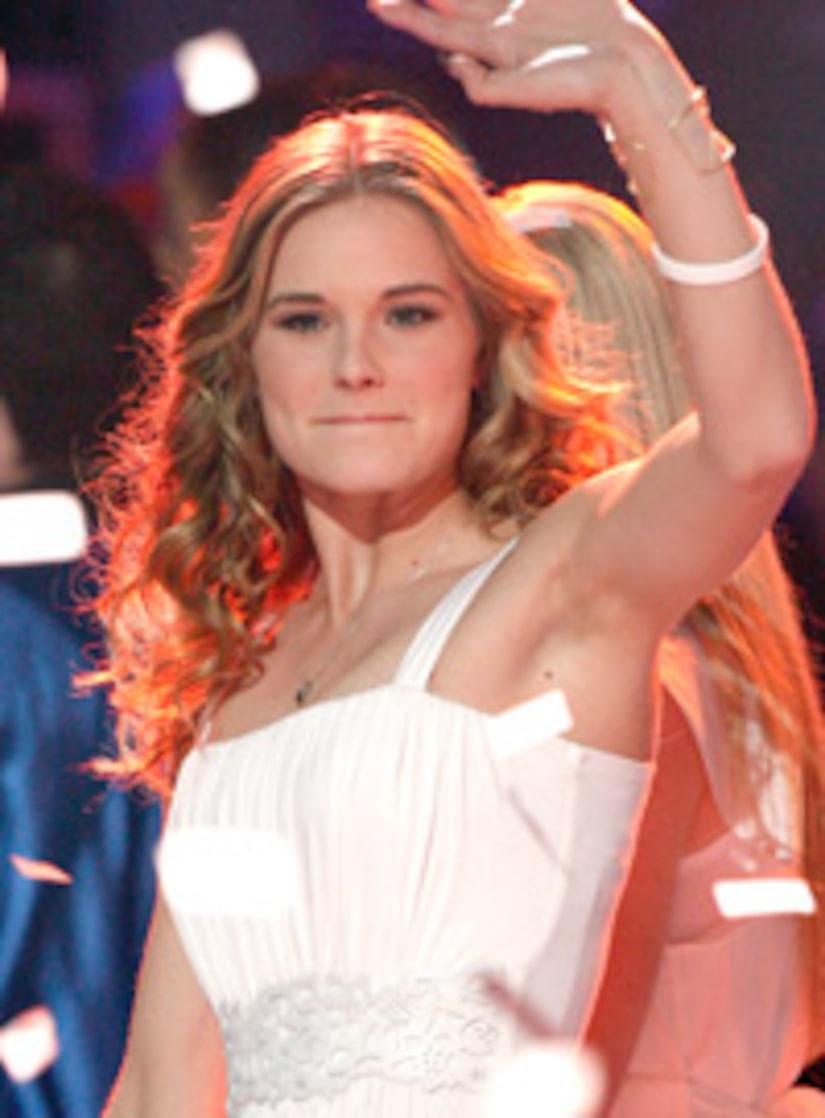 She sold her horse to make it to Los Angeles -- but she rode off into the sunset from the stage of "American Idol" last night. Crooner Kristy Lee Cook was eliminated from competition after enduring three weeks in the bottom three. For this week's tribute to Mariah Carey, she turned the pop legend's "Forever" into a country tune -- and was met with mixed opinions from the judges, but home voters agreed.

Paula Abdul said, "I'm like blown away... you'd have a hit with it in the country world, I believe... I'm so proud of you." The notoriously tough Simon Cowell, however, was not as kind. "You didn't give me chills," he told Cook, "but you managed with what you could."

Cook couldn't stop the tears from flowing, but in the end, she graciously bowed out, thanking America for voting and then asking, "Can I go ride my horse now?"

"American Idol" has been whittled down -- now just six remain. Tune in to Fox next week to see which next hopeful will be falling short, and taking their final bow.