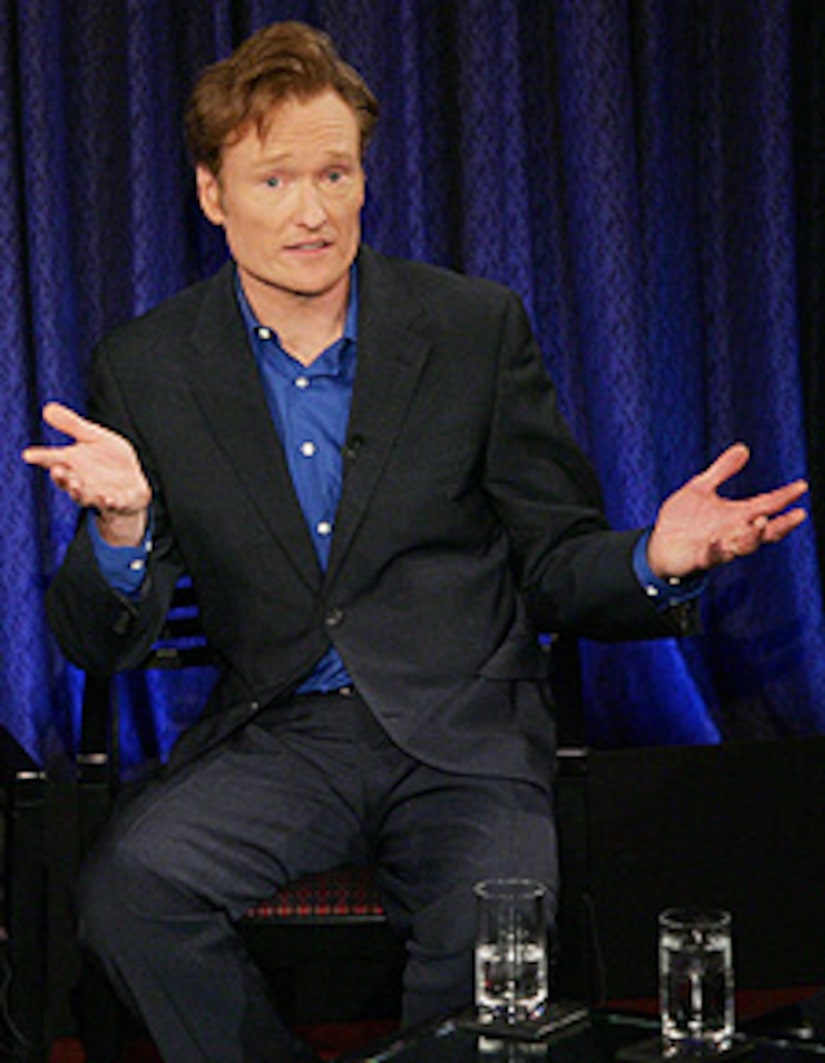 Conan O'Brien's "Priest Stalker" pled guilty to disorderly conduct today in New York, reports "USA Today." Rev. David Ajemian, a Roman Catholic priest, began contacting O'Brien via letters and DVDs sent to the comic's home and to NBC. The wayward holy man was placed on leave by the Boston Archdiocese after being popped at a live taping of "Late Night with Conan O'Brien," despite previous warnings to keep away from the redheaded funnyman.

It's alleged that the clergyman also contacted O'Brien's parents, and threatened Conan after his letters went unanswered, asking if this was the way the comedian treated "his most dangerous fans," according to the New York Post.

O'Brien might want to keep an eye out on Alumni Weekend - he and his collared stalker share the same alma mater, Harvard -- and attended at the same time!