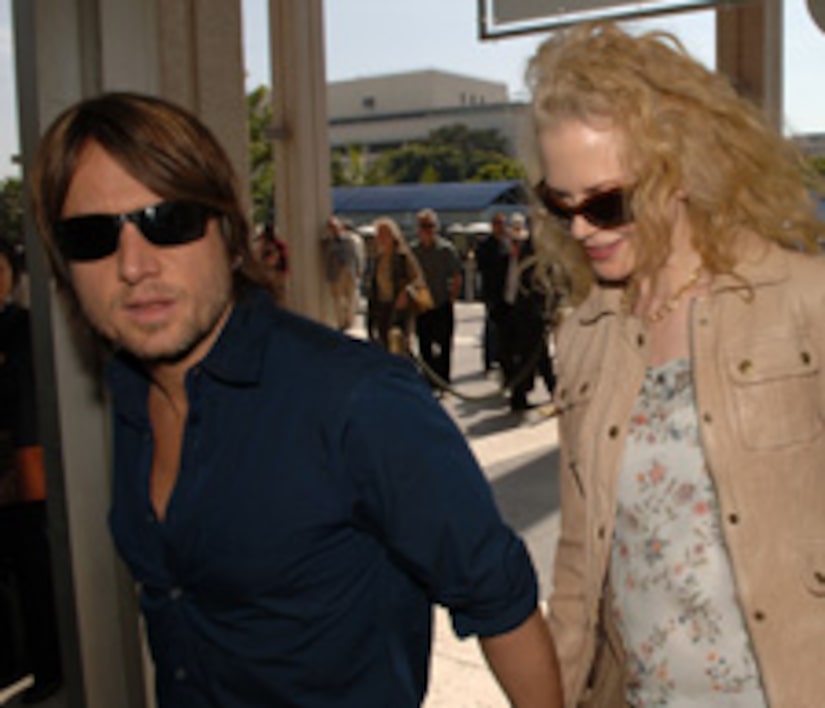 Expectant mother Nicole Kidman and hubby Keith Urban will be bringing up baby in L.A. The couple, wed in 2006, purchased a giant $7 million home in the outback of Brentwood, Calif., reports the L.A. Times. Other reports had the couple also buying a large home in Tennessee.

Nestled in a cul-de-sac, the 5,600 square foot monster house boasts five bedrooms, koi ponds, large lawns and spectacular views of the city. Kidman knows the neighborhood -- it's just down the street from the $10.5 million shack she shared with ex-husband Tom Cruise -- which they sold after divorcing in 2004.