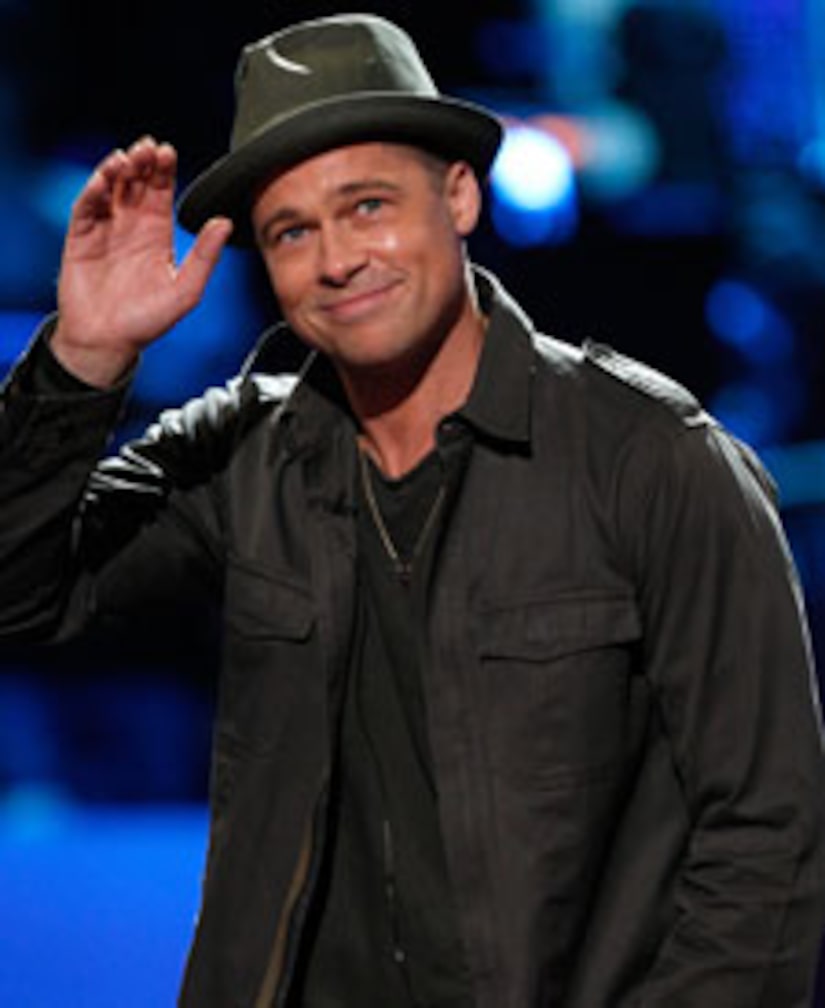 "American Idol" brought together an eye-popping A-list crowd for their "Idol Gives Back" extravaganza, including Brad Pitt, the Beckhams, Bono, Reese Witherspoon, Miley Cyrus and Mariah Carey. The avalanche of stars descended on the Kodak Theater to raise millions, with the mega-episode airing this Wednesday on FOX.

The star-studded event, which last year raised more than $76 million for the world's needy, left Brad Pitt speechless - when his microphone went out! When "Idol" stage manager Debbie McVickers fixed the mic on Brad's shirt, she quipped, "I just needed a reason to touch him."

Brad's presence excited Paula, too, who said, "I'm excited for what Brad Pitt does for this world." Brad took command of the stage as he spoke of New Orleans, explaining, "Sometimes to help people we have to travel out of our comfort zone to really understand the situation."

Even Simon's softer side came out during his trip to a poverty-stricken section of New York. "I give back in my life on an hourly basis," he told "Extra." "I genuinely do."

Jimmy Kimmel gave something back to the audience -- tears of laughter. "They say people like Simon because he says what the rest of us are thinking. But if that's the case why hasn't he said anything about his nipples being the size of pepper mills?"

Of course, Simon got the last word, telling Jimmy, "I'd just love to say how much I love the 'Tonight' show."