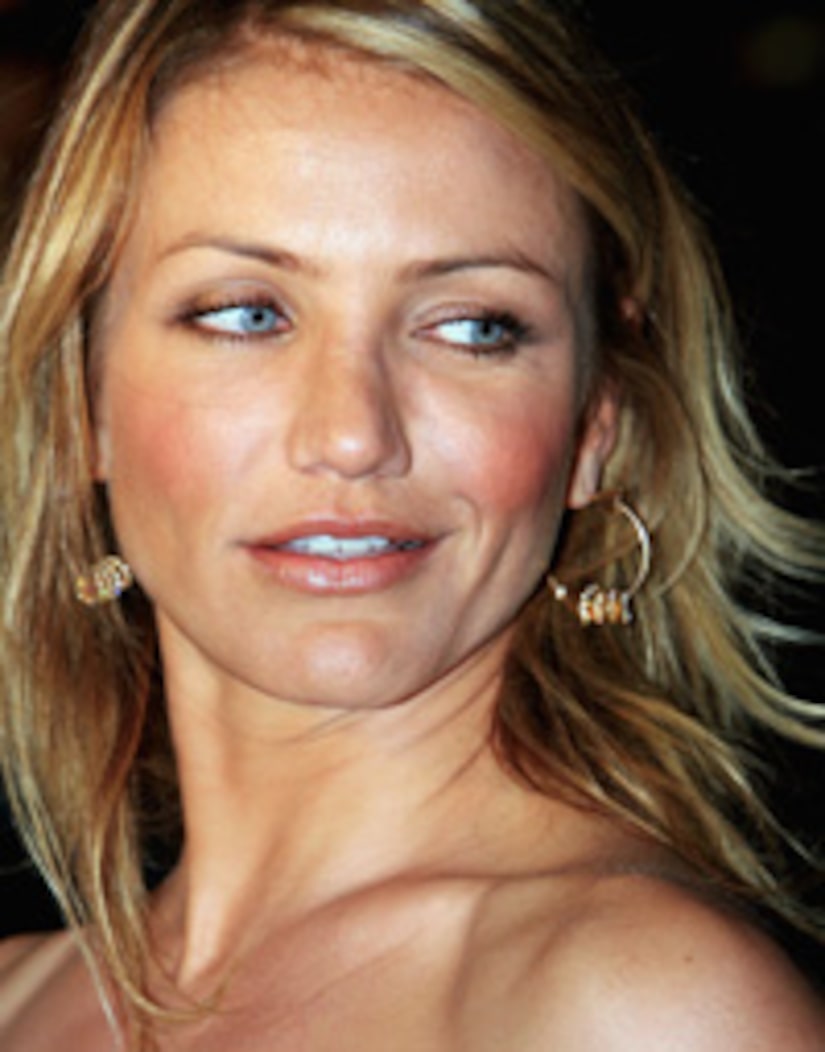 The buzz is that Cameron Diaz and "300" star Gerard Butler are an item -- and a recent romantic weekend has tongues wagging that it's serious.

U.K.'s Daily Mirror says the lovestruck blonde has been on three dates with 39-year-old Scottish hunk in just over a week. Cam was spotted on a balcony with Gerard "giggling and touching his chest to whisper in his ear. They obviously had a good night."

Last week, X17online.com caught the hot twosome outside the Chateau Marmont in Hollywood, chuckling as paparazzi snapped away.

Cameron, 35, recently told GQ how much she loves being single. "It has been nice not having a boyfriend for the past year," she said. Diaz and Justin Timberlake were together for four years before splitting in 2007, followed by brief flings with magician Criss Angel and singer John Mayer.