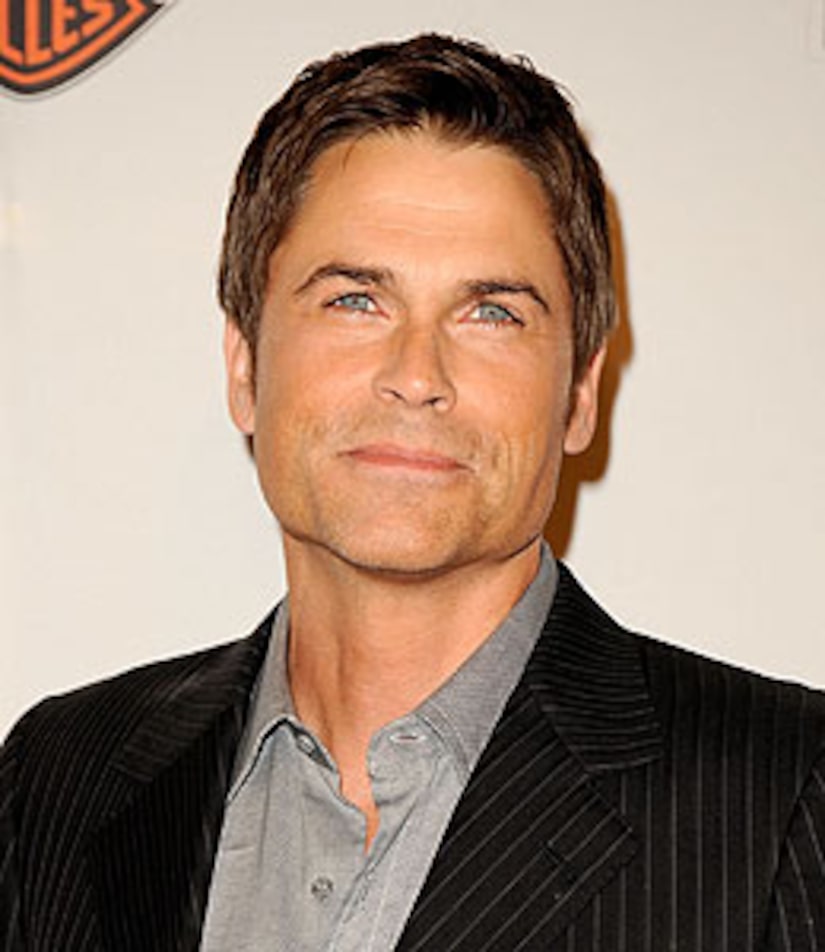 Wanted: A nanny who is kind, caring and not looking for fraudulent financial gain!

Rob Lowe's former babysitter is attempting to extort money from the handsome Brat Packer and his family -- but the "Brothers and Sisters" star is fighting back, showing pre-claim e-mail from the former nanny -- where she's all hearts and flowers!

According Lowe's blog, the woman is demanding $1.5 million from the actor and his wife Sheryl, threatening to accuse them of "a laundry list of false terribles." The nanny-gone-sour worked for the Lowes off and on for seven years, before claiming to have "suffered anguish" in their home. Sounds like a page straight out of "The Nanny Diaries," but Lowe disregards her claims as "an attempt to damage and humiliate not only my wife and me, but our two young sons as well."

Lowe goes on to say that her "false claims of harassment" only add to the "weakening of the claims of legitimate victims." It looks like this money-hungry Mary Poppins won't end up with her happily ever after paycheck, after all!