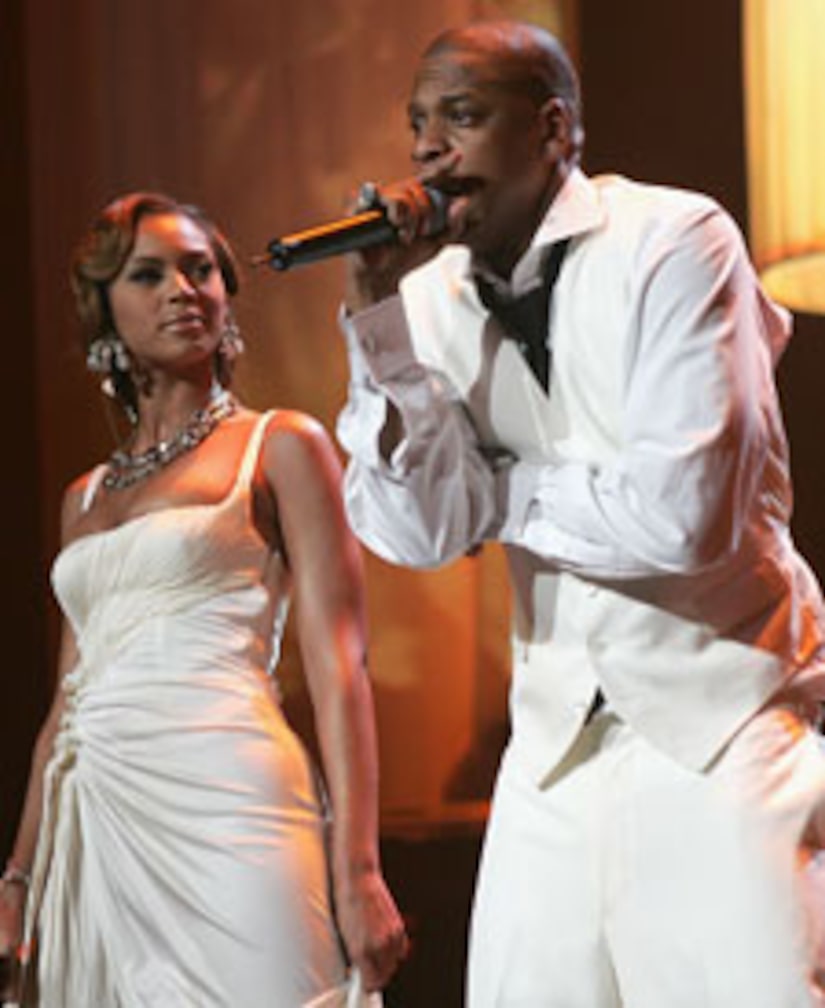 Is the biggest hip-hop wedding of the year about to go down? That's the rumor floating around New York after Jay-Z and Beyoncé reportedly invited friends over for a bash at his house tonight. "Jay has invited some close friends, including Diddy, to his apartment in New York," a source tells the New York Daily News. "He hasn't said if it's for his wedding."

Now there are whispers that Beyoncé's dad, Matthew, is getting ready to sell wedding pics. The Daily News says he started to chat up celebrity magazines on Monday, asking, "How much are you offering?"

The Daily News says that friends Kanye West, Pharrell Williams and Jermaine Dupri are already in the Big Apple.

The superstar couple has been dating since 2003. Reps for both had no comment.