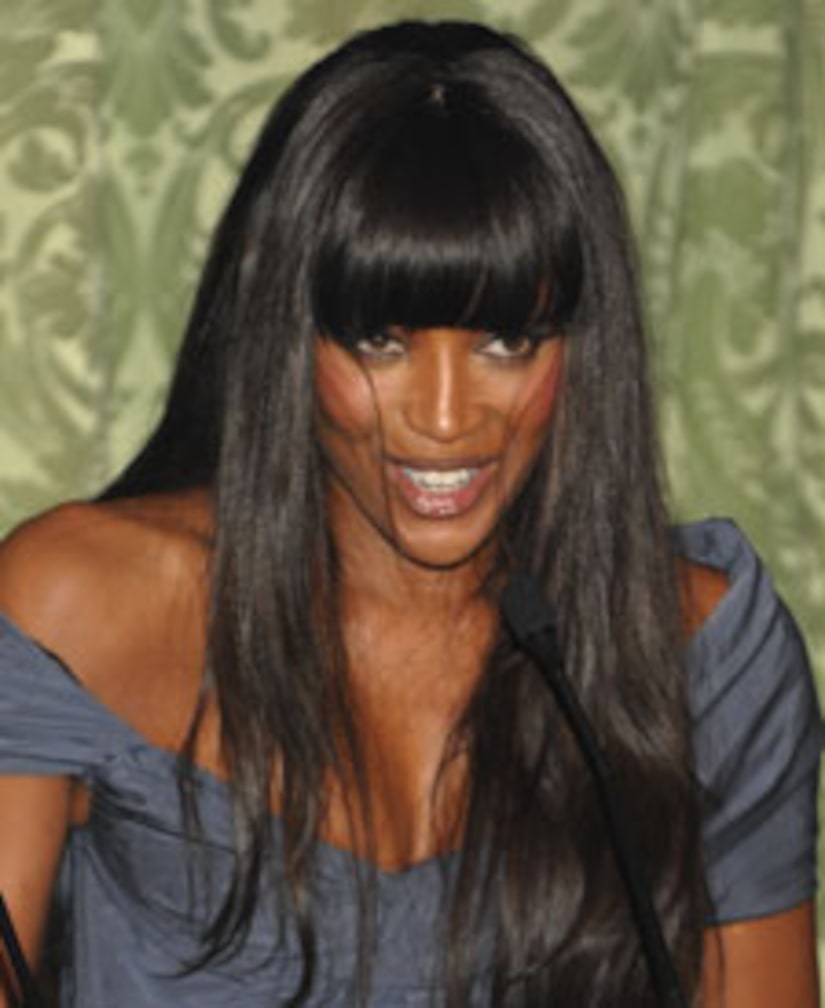 That cell phone chucking, temper tantrum-throwing, havoc creatin' supermodel, Naomi Campbell, has been released on bail after allegedly assaulting a police officer in London. Naomi left the Heathrow Airport police station last night and must report to a police station in May.

On Thursday, the temperamental temptress allegedly spit on a police officer after she realized her bags went missing. Her rep says Naomi, on her way to a funeral, was given the boot by British Airways as a baggage dispute escalated.

The AP reports that since Heathrow's massive Terminal 5 opened last week, more than 28,000 bags have been separated from their owners.