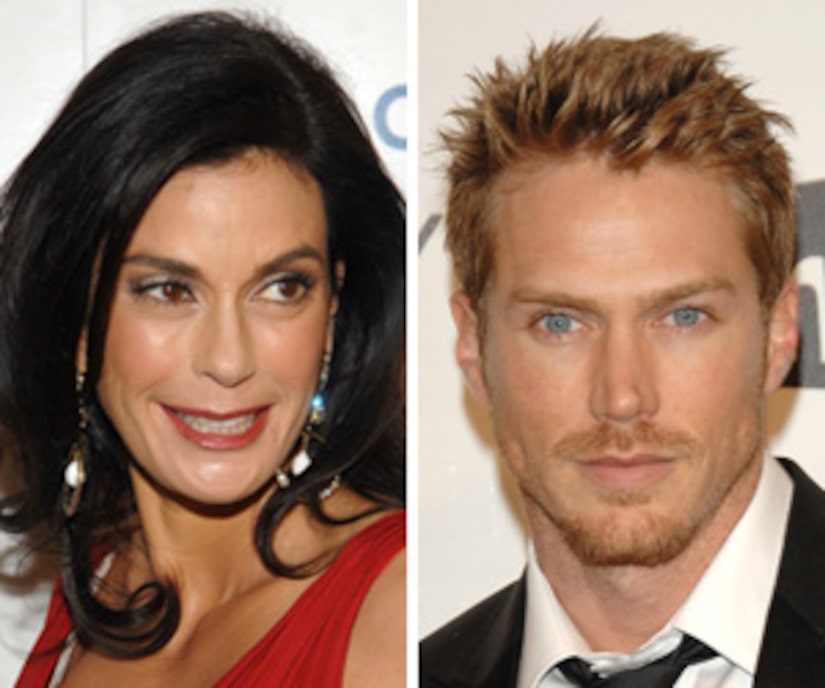 The Internet is buzzing with reports that "Desperate Housewife" Teri Hatcher and "Sex and the City" stud Jason Lewis are a hot new couple. The two were reportedly spotted hiking in Beverly Hills earlier this week, setting tongues wagging that Teri, 43, and Jason, 36, were an item.

Alas, romance fans -- the pairing's just a rumor. Jason says it's not true.

In February, Jason was linked to Jennifer Aniston -- and reports said they were getting serious -- but the blond hunk said he'd never even met her! "Probably one of my friends crank-calling somebody," he laughed.