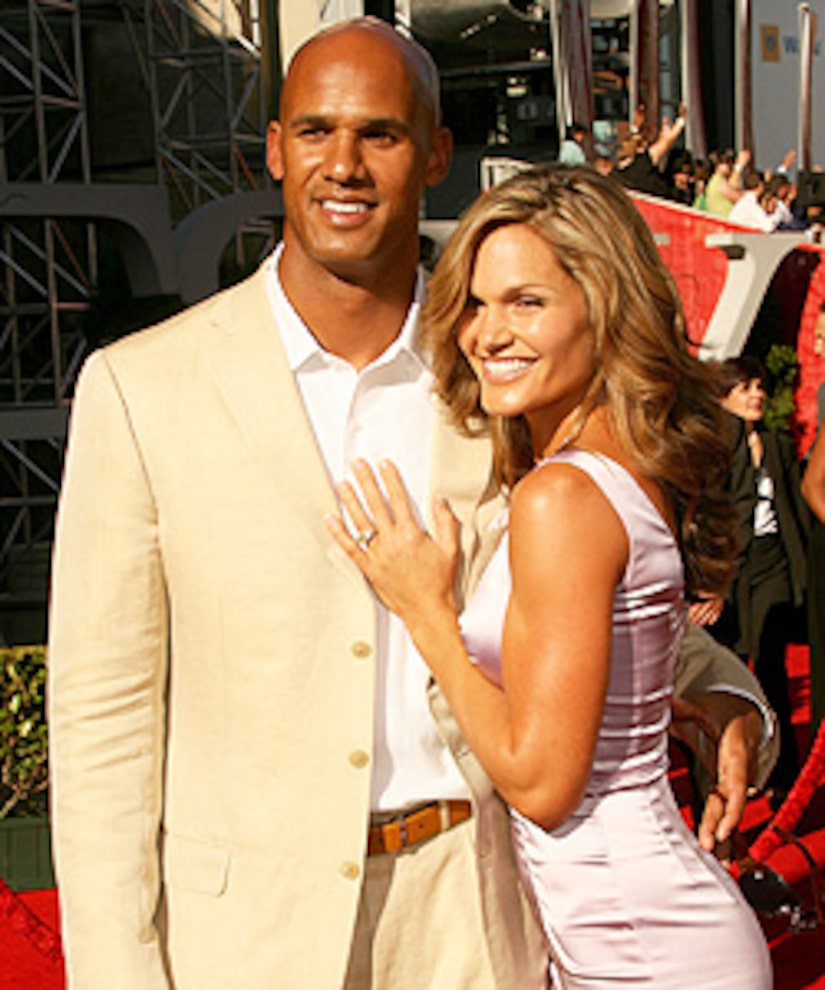 "Dancing with the Stars" is getting hot -- and it's not just the dancing that's sizzling. Romance rumors are taking over the stage and it's got everyone buzzing! Karina Smirnoff and her partner, R&B sensation Mario, are already fending off reports that the two are more than friends. "We laugh at that. At least they think he's cute enough and that I'm not too old for him," Karina joked. "That's not a bad thing." When asked if there's any truth behind the rumors, Mario told "Extra," "No."

NFL star Jason Taylor's also got tongues wagging because of his chemistry with partner Edyta Sliwinska, but his wife Katina admitted she actually wants her hubby to ignite some sparks on the dance floor! "I tell him he's got to look at her [with desire]," she said, brushing off the rumors. "It's acting. They're dancing. We're married seven years and three kids. We're good."

Meanwhile, Priscilla Presley and Louis van Amstel steamed it up with their super sexy number, and the judges loved it. Their score of 26 was just one point behind Kristi Yamaguchi. Priscilla told "Extra" that her sultry moves had her in a panic. "I woke up about ten times in the middle of the night counting, 'six, seven, eight.'"

Cristian de la Fuente and Cheryl Burke are doing well; their Jive received the highest score for the guys -- a 25 -- after Cheryl got him to loosen up his moves. Unfortunately, he was a little too loose! "I actually hurt my wrist -- I had to ice it all day long!"

The fans will send a team packing tomorrow on ABC -- but tell "Extra" who you think should go first!