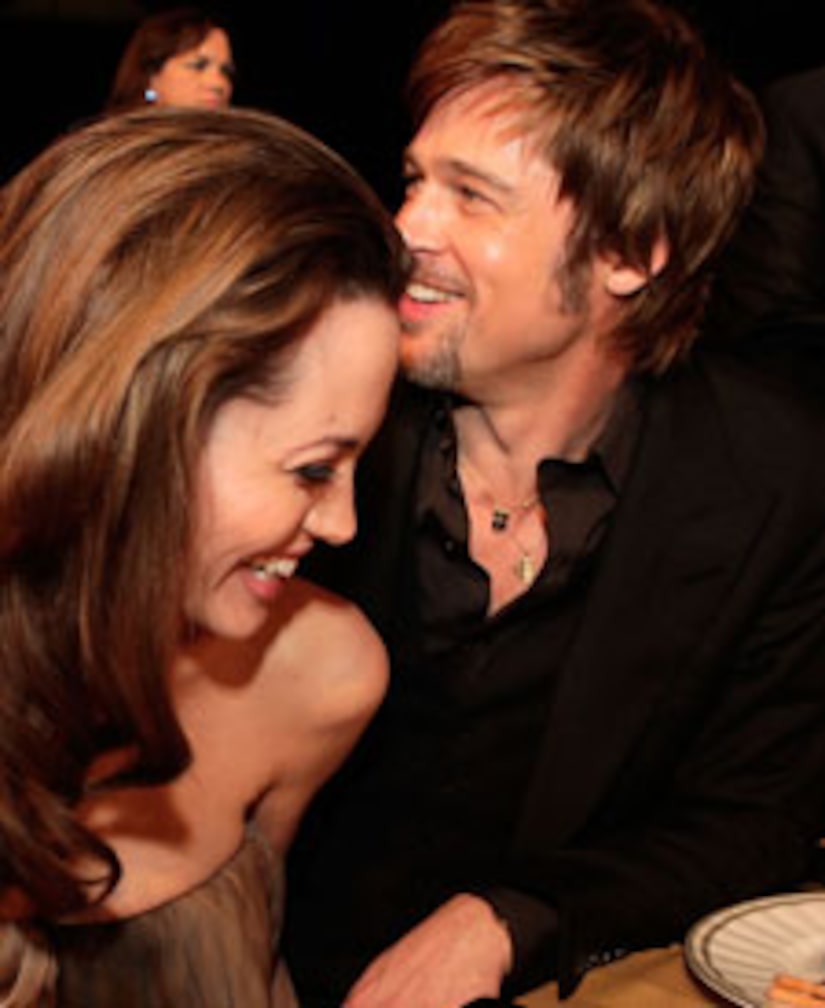 This is really the pits! Angelina Jolie was spotted with Brad Pitt in Texas yesterday -- without a wedding ring. That's no surprise for "Extra" -- as we reported yesterday, the two did not have a surprise New Orleans wedding this past weekend.

As to how the mother of all rumors got started, a new report says a reporter may have seen lavish wedding preparations underway in the Big Easy and jumped the gun. But was the whole ceremony an early April Fools' joke helped along by none other than "Punk'd" star Ashton Kutcher?

Ashton's new show, "Pop Fiction," gives celebs the last laugh by punking paparazzi and news outlets with fake stories -- and it's now believed that the gossip bomb of a Brangelina wedding was all a hoax.