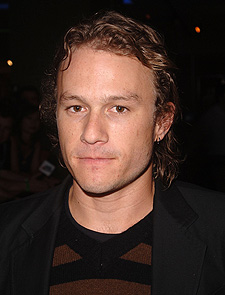 Did Heath Ledger father a secret love child? That's the explosive claim in an Australian paper alleging that he became a dad at age 17. The Daily Telegraph says Heath's estranged uncle Hadyn claims he dated a 25-year-old woman who gave birth to a baby girl after their relationship ended. "There is a very real possibility that Heath was the father," Hadyn tells the paper.

Heath has a two-year-old daughter, Matilda Rose, with former fiancée Michelle Williams. After Heath's death at age 28 in January, it was revealed that his will, written before Matilda's birth, left his entire estate to his parents and sisters. Heath's father has said that Michelle "will be taken care of."