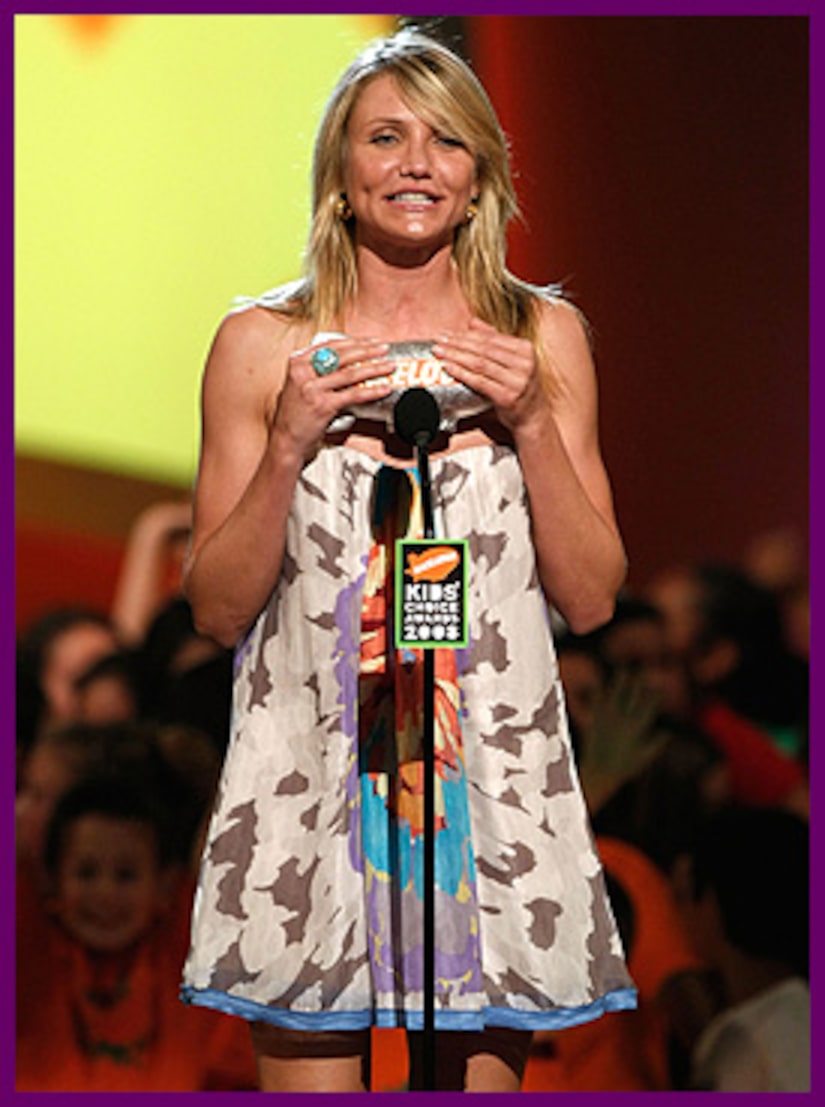 Stars lit up the orange carpet at the Kids' Choice Awards -- and all eyes were on fashion, from a mini-rific Cameron Diaz to the growing-in-green Jessica Alba. "I always love coming to this show," she told "Extra."

A-listers showed up in force to get slimed and to chill with "Extra's" special correspondent, Miranda Cosgrove, who was ready to ask tough questions. "What did you want to be when you were a kid?" the "iCarly" star asked Diaz, who admitted, "I wanted to be Indiana Jones!"

"Kingdom of the Crystal Skull" star Harrison Ford got the slime treatment and said of the gooey dousing, "It's awful. It's green, it's yucky!" Ford's co-star for the fourth "Indiana" installment, Shia LaBeouf, was happy to learn that Leona Lewis is his secret admirer in U.K! "That makes my whole week actually," said the blushing star.

Hip hop sensation Rihanna hit the carpet sans rumored love Chris Brown, and while they were spotted shopping together earlier in the day, Chris says it's not what you think. "We have an understanding that we are just friends. It's not any deeper than that. It's not a relationship," he insisted.

Superstar Usher showed up with his family and joked, "I brought the Brady Bunch with me!" while teen queen Miley Cyrus rocked the stage, and told "Extra" why she's at peace with the paparazzi. "They gave me a necklace, a peace sign, because I collect peace signs and I thought it was pretty cool."

A redheaded Ashlee Simpson broke some primetime news, confirming she'll sing on "Dancing with the Stars!" "I am so excited. I haven't done it yet, I love the show. It should be a lot of fun!"