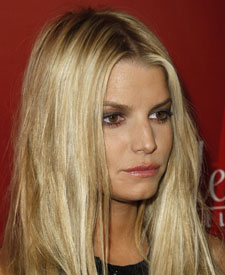 Jessica Simpson was hospitalized for a kidney infection on Friday, her rep confirms to "Extra." She was admitted to Cedars-Sinai Medical Center in Los Angeles and has since been released. "She is doing well," the rep adds.

Footballin' beau Tony Romo reportedly couldn't be by her side because he's in Dallas. The news of Jessica's illness was first reported by In Touch Weekly.