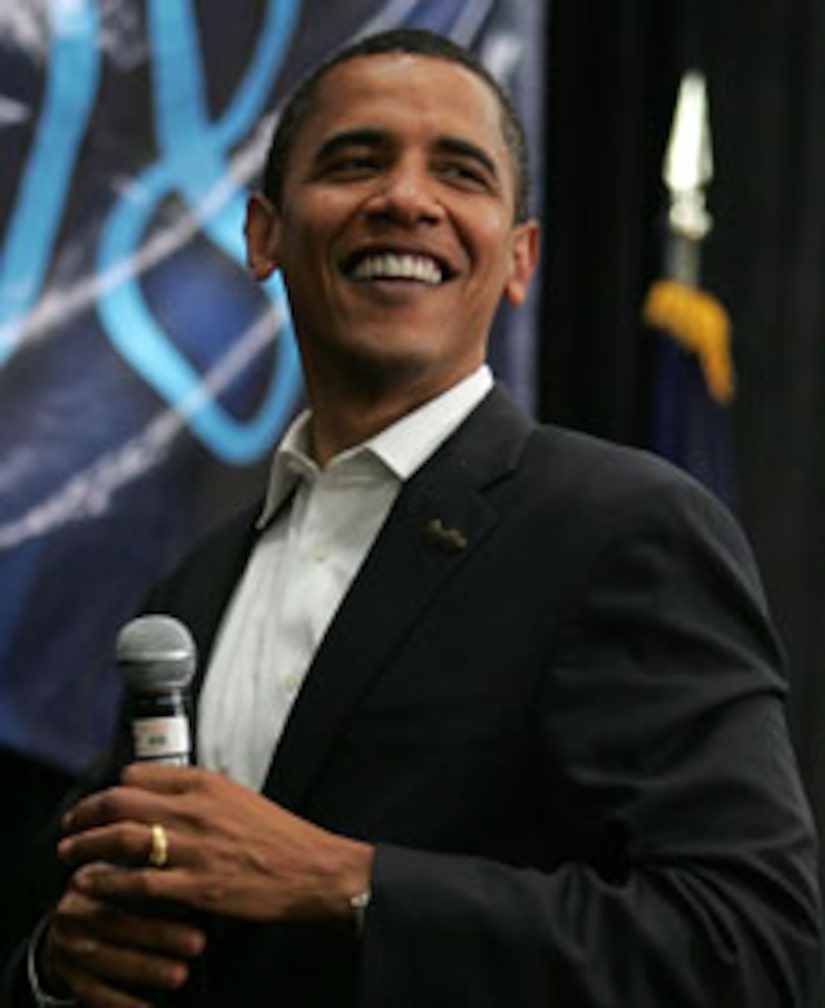 The ladies of "The View" squabble on occasion, but they all agree on one thing: they think Barack Obama is sexy. "We were saying just before you came out -- maybe we shouldn't say this, but we thought you were very sexy looking," Barbara Walters told the presidential candidate this morning.

The Illinois senator, 46, also took time to answer one of the most pressing issues of the presidential election -- whether or not he's related to Brad Pitt. "I guess we're ninth cousins, something, removed - or something," Obama said. "I think he got the better-looking side of the gene pool!"

The New England Historic Genealogical Society recently claimed that Brad was linked to Barack through a relative who died in Virginia in 1769.