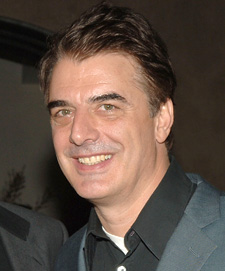 New dad Chris Noth is juggling diaper duty with a hit television show and promo for "Sex and the City: The Movie." The star of "Law & Order: Criminal Intent" proudly showed "Extra" a photo of his 2-month-old son Orion at USA Network's upfronts in New York, gushing, "I'm very lucky to have the girlfriend that I do because she's probably the best mother in the world!" His longtime love, Tara Wilson, gave birth in January.

Perhaps adding to Chris' busy schedule, word is there might be "big" plans for a "Sex and the City" sequel -- and he's up for it! "I imagine if it made a lot of money, they'd want one. I don't know where Sarah [Jessica Parker] stands on that... it's sort of up to her. I'm just riding her coattails!"

Does Rachel Brosnahan Have Baby Fever After Starring in ‘I’m Your Woman’?