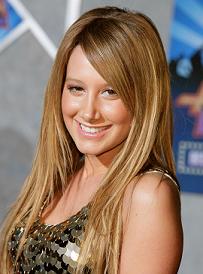 "High School Musical" sensation Ashley Tisdale is blasting Internet reports that she got a second nose job because she didn't like the results of her first.

"I did not, that's ridiculous," the Tiz told People magazine. "I was away in New Zealand filming a movie ("They Came From Upstairs") and so people think I went away to have more work done. But I didn't."

Ashley is, however, getting more work done... on the job front. Tisdale and "HSM" co-star Vanessa Hudgens were spotted at LAX on their way to Utah to film "High School Musical 3."