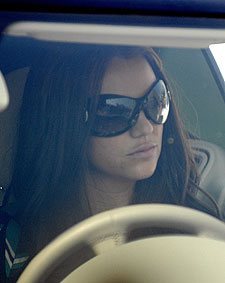 It was both odd and comforting to see a healthy-looking Britney Spears on last night's episode of "How I Met Your Mother" -- and she's getting good reviews! Her guest role as Abby, a nerdy receptionist with a crush on Ted (Josh Radnor), scored points with critics, with one telling Us Weekly, "She looked beautiful and had screen presence." It's true, the camera loves Britney.

Since she's been under the conservatorship of her father -- which the court recently upheld -- it seems Miss Spears has tamed the chaos surrounding both her private and public life. On Easter Sunday, she strolled along the beach in Malibu with her parents. She continues to have visitation with her two sons.

Now she's heading back to the recording studio. X17online.com reports that Brit was seen at the Alley Cat Recording Studio in Hollywood last night, with rumors that she's prepping her comeback album.