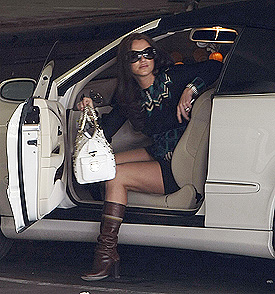 Britney Spears' father is literally putting the brakes on his troubled daughter's life. As co-conservator, Jamie is selling off some of the seven cars owned by the singer/dancer who loves to drive. On Monday, a court granted the pop star's pop the power to "sell or dispose of" a number of Brit's wheels because they were costing too much to maintain.

Among Brit's rides: two white Mercedes, a black Audi, and a white Mini Cooper convertible, reports People. Jamie, a personal chef, receives $2,500 a week for his court-appointed duties, which include controlling how Britney spends her money and whom she sees and hires.

The next hearing on the conservatorship issue is July 31.