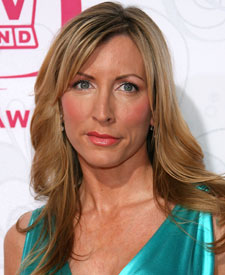 Heather Mills isn't planning to leave the public eye. The former model - just awarded nearly $50 million in her divorce from Paul McCartney - is looking to sell her story, according to the New York Post. The price? A comparatively paltry $2 million - but that allegedly includes the publication of intimate pics and tape recordings she made without Sir Paul's knowledge.

Mills is "calling around British magazines and television shows to sell her exclusives," according to the Post, and is making the rounds of American networks.

Yesterday, the judge who slashed Heather's request for Paul's cash from $250 million to $50 million said her settlement demands were "unreasonable, indeed exorbitant." Court documents from the case reveal that Heather spent millions of dollars a year on housekeepers, helicopters, horses and clothes, among other things.