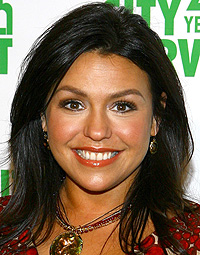 Is Rachael Ray’s syndicated daytime show E-V-O-Over? That’s what PageSix.com is reporting, saying that "The Rachael Ray Show’s" ratings have been soft-boiled, and the show will not be renewed at the end of its contract.

The report has not been confirmed, but Ray’s rep told PageSix that "The Rachael Ray Show" isn’t the only show suffering a drop in ratings; even ratings queen "Oprah" tumbled 15 percent since February 2007.

Should this uncooked rumor prove to be true, Ray will have even more time to make her celebrated "30 Minute Meals" – although she may have to go back to her "$40 a Day" budget.