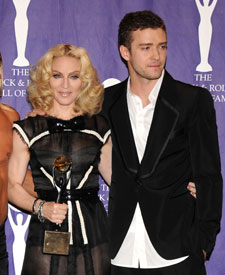 Justin Timberlake made a spicy speech while introducing Rock and Roll Hall of Fame inductee Madonna in the Big Apple last night, confessing that she once asked him to "drop his pants" to give him a vitamin shot while working on Madge's "Hard Candy" album, which drops next month. The experience was the "greatest day of his life," Justin told the crowd.

Before handing Madonna the mic, Justin took a shot of a different kind, at his ex, Britney Spears. "She [Madonna] has still found time to kiss someone I may or may not have publicly kissed myself while I was in the audience. Of course you know I was talking about Sean Penn." Timberlake continued, "The world has always been full of Madonna wannabees and I might have even dated a couple."

Madonna topped Justin's speech by calling the audience "motherf**ers" and recalling how she smoked marijuana and used ecstasy. Ah, Madonna, what a lovely role model. Other Hall of Famers honored included John Mellencamp, The Ventures, Leonard Cohen, and the Dave Clark Five.

After the ceremony, Justin didn't waste any time getting back to work: -- X17online.com spotted the jet-setter in Louisiana shooting a scene for his upcoming movie with Jeff Bridges, "The Open Road." 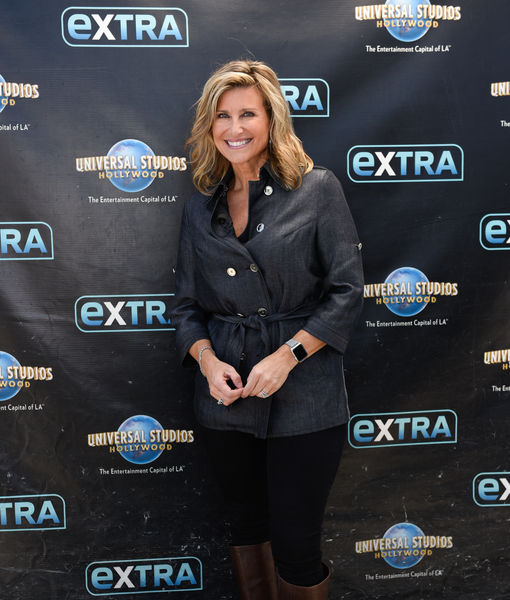