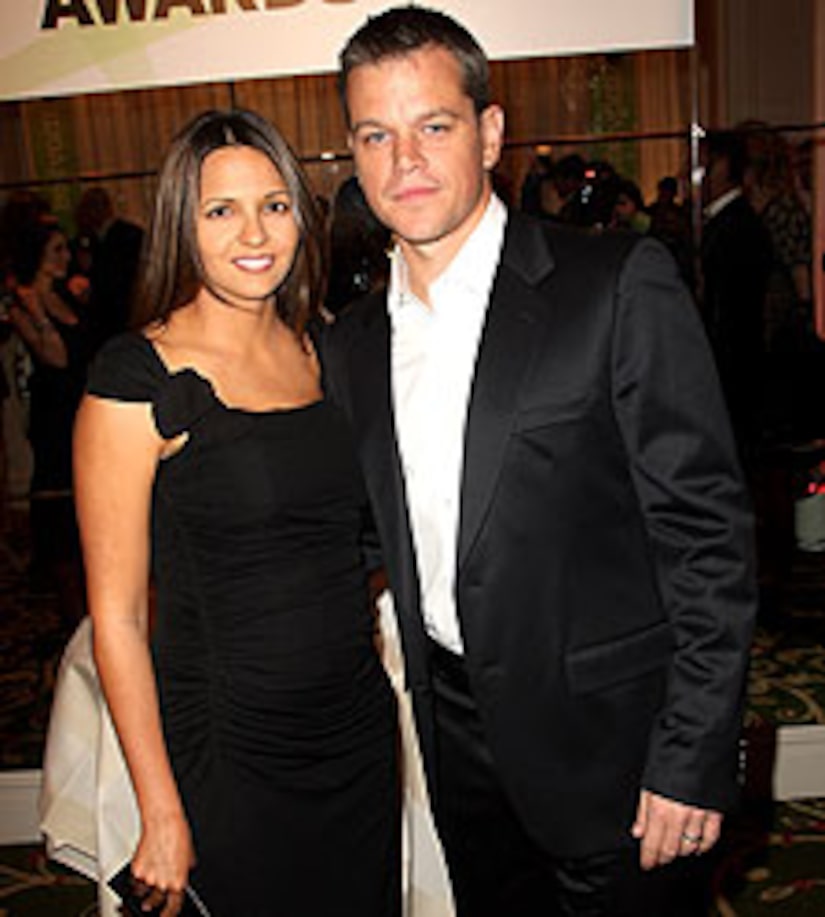 Matt Damon and wife Luciana Barroso are expecting their second child, his rep told People. "They couldn't be happier. They're so excited!"

Luciana, 32, sparked the baby rumors last night at the Empire Film Awards in London when she debuted a noticeable bump. This is the second baby for the "Bourne Ultimatum" star and the third for Luciana: their daughter Isabella was born in 2006, and Luciana has a nine-year-old daughter from a previous marriage.