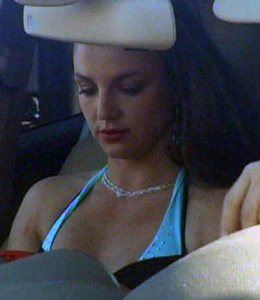 In one of the longest-running court dramas in pop culture history, attorneys for Britney Spears and Kevin Federline were back in court again today to try settling their ongoing custody dispute and legal bills. Britney’s new custody lawyer, Stacy Phillips, requested the hearing to challenge K-Fed’s request that Brit pay half a million dollars for his legal fees. That’s a lot of money for a single mother who isn’t working and only brings home $769,000 a month!

Citing reports that Kevin recently left a $2,000 tip for a waiter, the AP says that Phillips exclaimed, "God bless! If he's willing to tip someone that much for serving him, he should be willing to pay his legal fees." Brit has already paid over $1 million in custody fees. K-Fed’s attorney, Mark Vincent Kaplan, argued, "If the court views this as a simple custody case, I’m in trouble," reminding the court that he had "no choice" but to visit court eight times since January because of Britney’s erratic behavior. He insisted that all motions were in order to protect Kevin’s two sons, Sean and Jayden. Federline retains sole custody of the boys.

Phillips also criticized Kaplan for attracting media attention, but was optimistic attorney involvement will lessen with cooperation from Jamie Spears – with whom K-Fed was seen golfing this weekend. Commissioner Scott Gordon didn’t rule in today’s hearing, but a spokesperson for the court said a decision will be made by Tuesday on just exactly how much Brit will have to pay toward Kev’s massive legal bills.