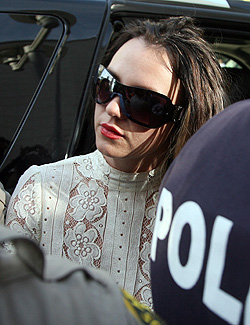 Britney Spears must pay her father Jamie $2,500 a week for being her conservator, court papers reveal. She'll also fork over a $58,800 fee to her court-appointed attorney.

Jamie and co-conservator, attorney Andrew Wallet, were appointed to oversee Britney’s various legal and health matters after she was hospitalized in January. Jamie’s conservatorship was set to expire March 10, but was just extended through July 31. The court has also authorized Brit’s psychiatrist to bring two more doctors on board to evaluate the pop star, and ordered that she pay them about $9,000.

A hearing is set for next week in the ongoing custody dispute between Brit and Kevin Federline. Britney has had limited visitation with Sean and Jayden for the past several weeks.