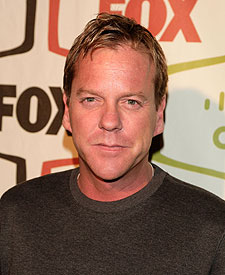 Fans of "24" have been waiting a long time for their favorite show to return -- and now it may be back sooner than expected. FOX is developing a two-hour "prequel" for the upcoming seventh season, according to the Hollywood Reporter, and the show will air in the fall!

"24" was hit hard by the WGA strike. FOX decided not to air eight episodes shot before the strike, and fans were told that the show wouldn’t be back on the small screen until 2009.

The two-hour long TV movie will return fans to season six, before prepping them for the new season.