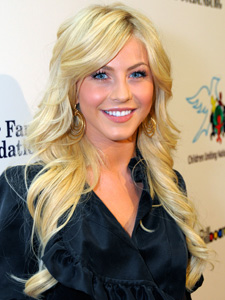 The Jonas Brothers aren't the only ones saving themselves for marriage. "Dancing with the Stars" cutie Julianne Hough told CosmoGIRL that she'll remain a virgin until she ties the knot. "I want to be with that special person," she tells the mag, adding, "I think to have sex before marriage is an individual decision ... waiting will strengthen that relationship."

Hough recently split with her fiancé, former "Dance War" contestant Zack Wilson, claiming that she was too young to settle down. "I'm not trying to preach consequences here," Julianne adds, "but I think when you say no, down the line, it will be a better decision."

Dan Marino Scandal: The Legend, the Lovechild… and Millions in Hush… 9