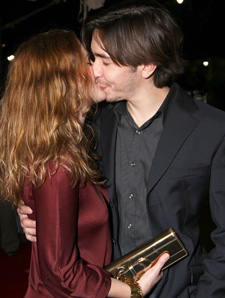 In a stunning move, actress Drew Barrymore announced a personal donation of $1 million to the World Food Programme to help feed children in Africa. Barrymore made the announcement on Monday's "The Oprah Winfrey Show" as part of Oprah's "Big Give."

There's another reason Drew's heart is so big: her boyfriend, Justin Long. They appeared together on "Oprah" and opened up about their budding relationship. "She's beautiful and funny. The most compassionate person I've ever met," gushed Justin.

Drew added, "When you grow up … you decide what you want to be," and said their relationship is "healthy, productive, supportive and full of humor."