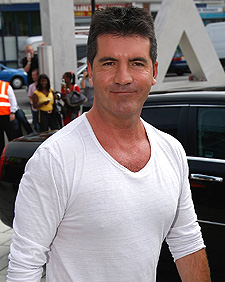 Would you buy Viagra from Simon Cowell? That's what the makers of the sex-enhancing drug wondered when they offered him millions of dollars to be the company spokesman! "Last year my agent rang me and said, 'You've been offered an incredibly big million-pound deal. It's to be the face of Viagra,'" Mr. Nasty told the British edition of Glamour magazine. "And I just said, 'Sorry, but that has to be a f - - - - - - insult.'"

The "American Idol" judge says he turned down the $2 million deal to pitch the pill to millions of men worldwide. The brazen Brit also admitted to the mag that he's not immune to Hollywood vanity -- he's used Botox and wears platform shoes to give him that, er, extra size.