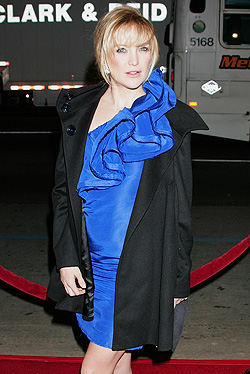 Call it a bad angle or an amazing coincidence of a few bad angles over several months, but it's getting more difficult to ignore a possible Kate Hudson baby bump. The bubbly "Fool's Gold" star has been snapped looking exceptionally curvy around the middle, leading to Internet speculation that she was pregnant ... or is she?

Kate, who has been linked to old flame Owen Wilson, now appears not to have a bun in the oven. X17 Online snapped pics of the star riding her bike through Miami yesterday -- with a remarkably flat tummy.

Kate's brother Oliver caught up with "Extra" at the World Poker Tour International and revealed that the rumors simply aren't true, insisting there's no baby on the way.