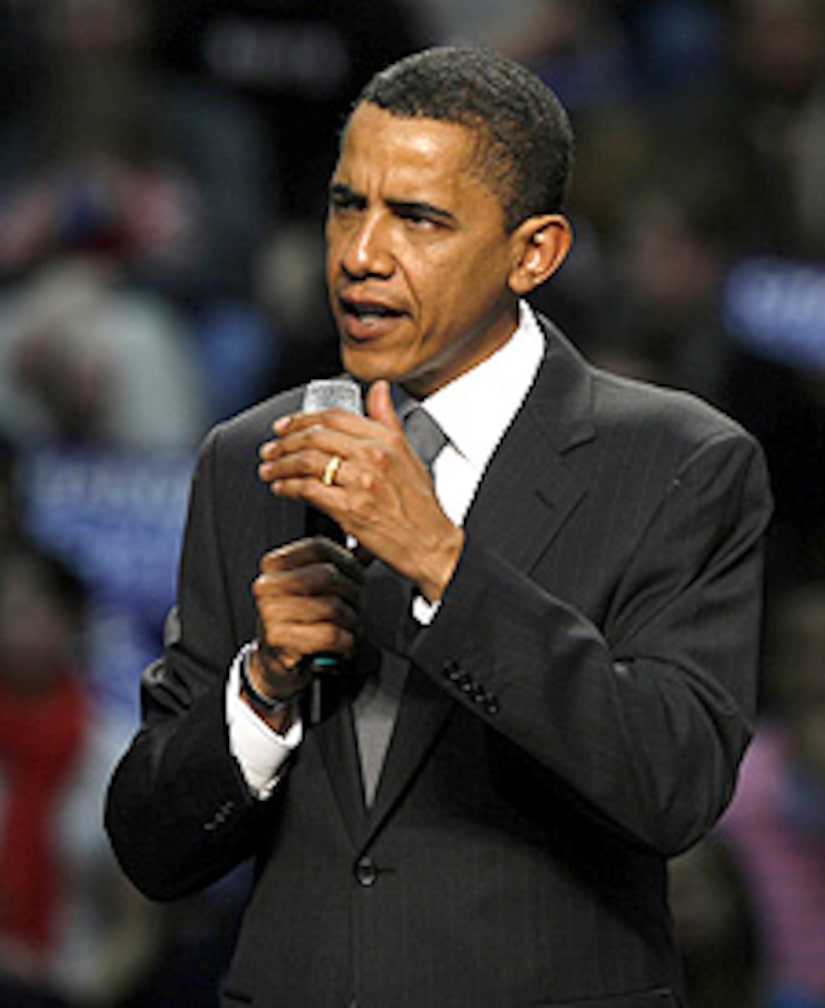 Barack Obama visits with Ellen DeGeneres today via satellite from a campaign stop in Texas, and says his poll percentages were in a slump until he "busted a move" on the comedienne's show, adding, "My poll numbers skyrocketed after that!"

"Extra" got an inside look at who the man behind the campaign curtain really is, and Barack talked about smoking -- and his personal pillar of strength, his wife Michelle -- who has been helping him kick the habit.

"I've been able to stop," he told Ellen , after beginning to chew Nicorette gum, adding, "That's an example of my wife making me a better person."

Ellen then asked the beaming candidate what his first day in the White House would be like. Barack answered, "I think I'll just go into the Oval Office and sit at the desk and say wow, this is really cool."