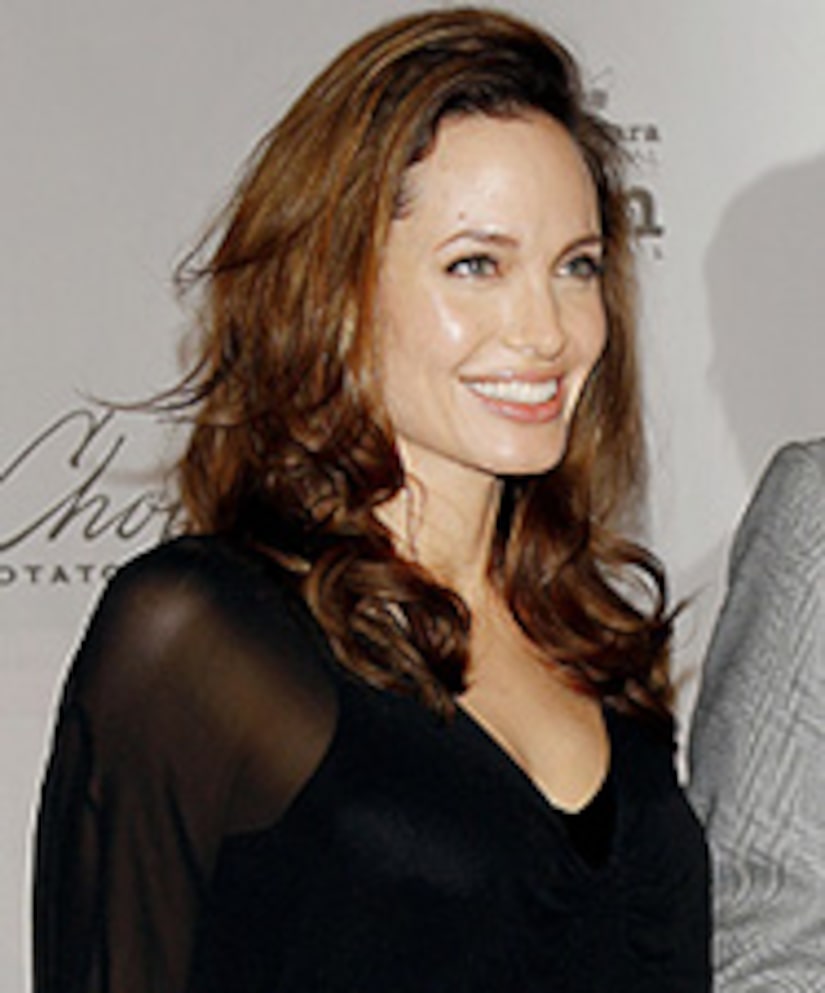 U.N. Goodwill Ambassador Angelina Jolie just released a heart-wrenching statement to the Washington Post on the current status of the United Nations and the Iraqi government. Millions of Iraqi people have been driven from their homes, and the actress says it is our moral duty to provide aid.

Jolie says that up until last week, the crisis had not improved since she first visited Iraq six months ago. After a meeting between the U.N. and the Iraqi leadership, conditions have finally begun to improve, and humanitarian efforts are beginning to have an impact.

"The request is familiar to American ears: 'Bring them home.'

"But in Iraq, where I've just met with American and Iraqi leaders, the phrase carries a different meaning. It does not refer to the departure of U.S. troops, but to the return of the millions of innocent Iraqis who have been driven out of their homes and, in many cases, out of the country.

"In the six months since my previous visit to Iraq with the United Nations High Commissioner for Refugees, this humanitarian crisis has not improved. However, during the last week, the United States, UNHCR and the Iraqi government have begun to work together in new and important ways.

"We still don't know exactly how many Iraqis have fled their homes, where they've all gone, or how they're managing to survive. Here is what we do know: More than 2 million people are refugees inside their own country -- without homes, jobs and, to a terrible degree, without medicine, food or clean water. Ethnic cleansing and other acts of unspeakable violence have driven them into a vast and very dangerous no-man's land. Many of the survivors huddle in mosques, in abandoned buildings with no electricity, in tents or in one-room huts made of straw and mud. Fifty-eight percent of these internally displaced people are younger than 12 years old.

"An additional 2.5 million Iraqis have sought refuge outside Iraq, mainly in Syria and Jordan. But those host countries have reached their limits. Overwhelmed by the refugees they already have, these countries have essentially closed their borders until the international community provides support.

"I'm not a security expert, but it doesn't take one to see that Syria and Jordan are carrying an unsustainable burden. They have been excellent hosts, but we can't expect them to care for millions of poor Iraqis indefinitely and without assistance from the U.S. or others. One-sixth of Jordan's population today is Iraqi refugees. The large burden is already causing tension internally.

"The Iraqi families I've met on my trips to the region are proud and resilient. They don't want anything from us other than the chance to return to their homes -- or, where those homes have been bombed to the ground or occupied by squatters, to build new ones and get back to their lives. One thing is certain: It will be quite a while before Iraq is ready to absorb more than 4 million refugees and displaced people. But it is not too early to start working on solutions. And last week, there were signs of progress.

"In Baghdad, I spoke with Army Gen. David Petraeus about UNHCR's need for security information and protection for its staff as they re-enter Iraq, and I am pleased that he has offered that support. General Petraeus also told me he would support new efforts to address the humanitarian crisis "to the maximum extent possible" -- which leaves me hopeful that more progress can be made.

"UNHCR is certainly committed to that. Last week while in Iraq, High Commissioner António Guterres pledged to increase UNHCR's presence there and to work closely with the Iraqi government, both in assessing the conditions required for return and in providing humanitarian relief.

"During my trip I also met with Iraqi Prime Minister Nouri al-Maliki, who has announced the creation of a new committee to oversee issues related to internally displaced people, and a pledge of $40 million to support the effort.

"My visit left me even more deeply convinced that we not only have a moral obligation to help displaced Iraqi families, but also a serious, long-term, national security interest in ending this crisis.

"Today's humanitarian crisis in Iraq -- and the potential consequences for our national security -- are great. Can the United States afford to gamble that 4 million or more poor and displaced people, in the heart of Middle East, won't explode in violent desperation, sending the whole region into further disorder?

"What we cannot afford, in my view, is to squander the progress that has been made. In fact, we should step up our financial and material assistance. UNHCR has appealed for $261 million this year to provide for refugees and internally displaced persons. That is not a small amount of money -- but it is less than the U.S. spends each day to fight the war in Iraq. I would like to call on each of the presidential candidates and congressional leaders to announce a comprehensive refugee plan with a specific timeline and budget as part of their Iraq strategy.

"As for the question of whether the surge is working, I can only state what I witnessed: U.N. staff and those of non-governmental organizations seem to feel they have the right set of circumstances to attempt to scale up their programs. And when I asked the troops if they wanted to go home as soon as possible, they said that they miss home but feel invested in Iraq. They have lost many friends and want to be a part of the humanitarian progress they now feel is possible.

"It seems to me that now is the moment to address the humanitarian side of this situation. Without the right support, we could miss an opportunity to do some of the good we always stated we intended to do."