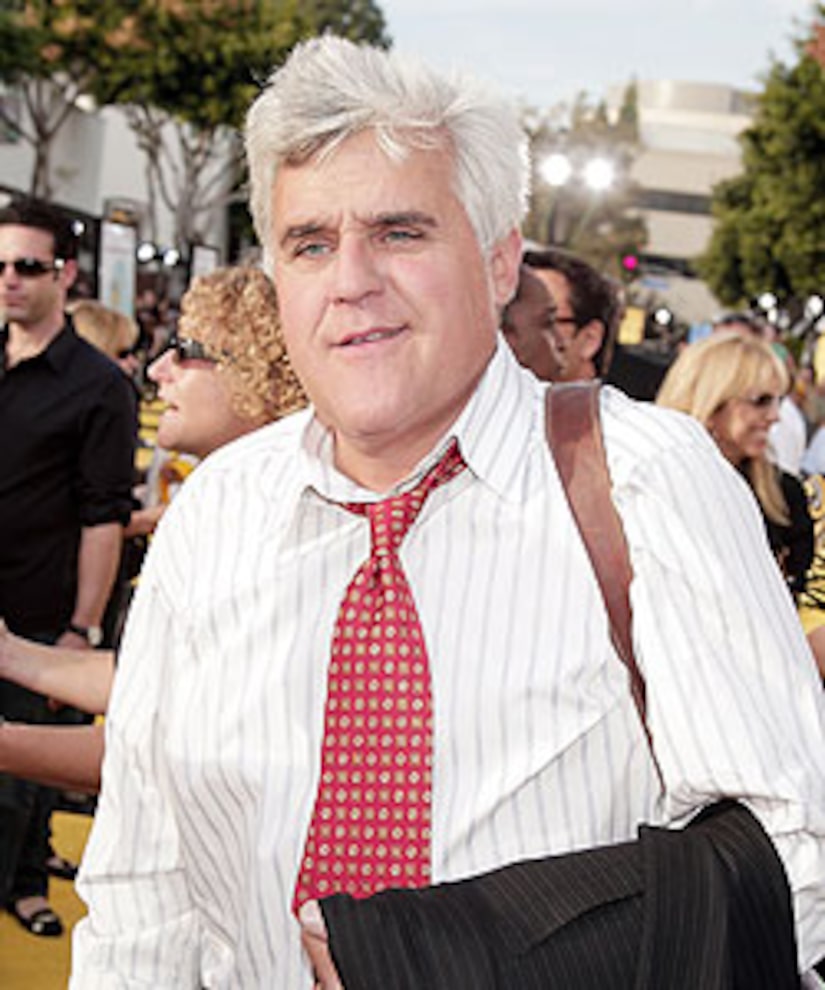 Two years before Jay Leno is even contractually able to negotiate his future, the big studios are already positioning themselves to snag the chinsome host, with staggering millions on the table. It's nice to be wanted!

Both ABC and Fox have intimated that they're interested, but NBC may want to keep Leno for other purposes -- when Conan takes over in 2009. There's also buzz that Leno may stay behind the desk – but that would cost NBC a $45 million penalty payable to O'Brien.

The New York Times reports that Sony may fork over as much as $40 million a year for the silver fox, which would surpass Letterman's reported $30 million annual paycheck. That's a lotta jokes!