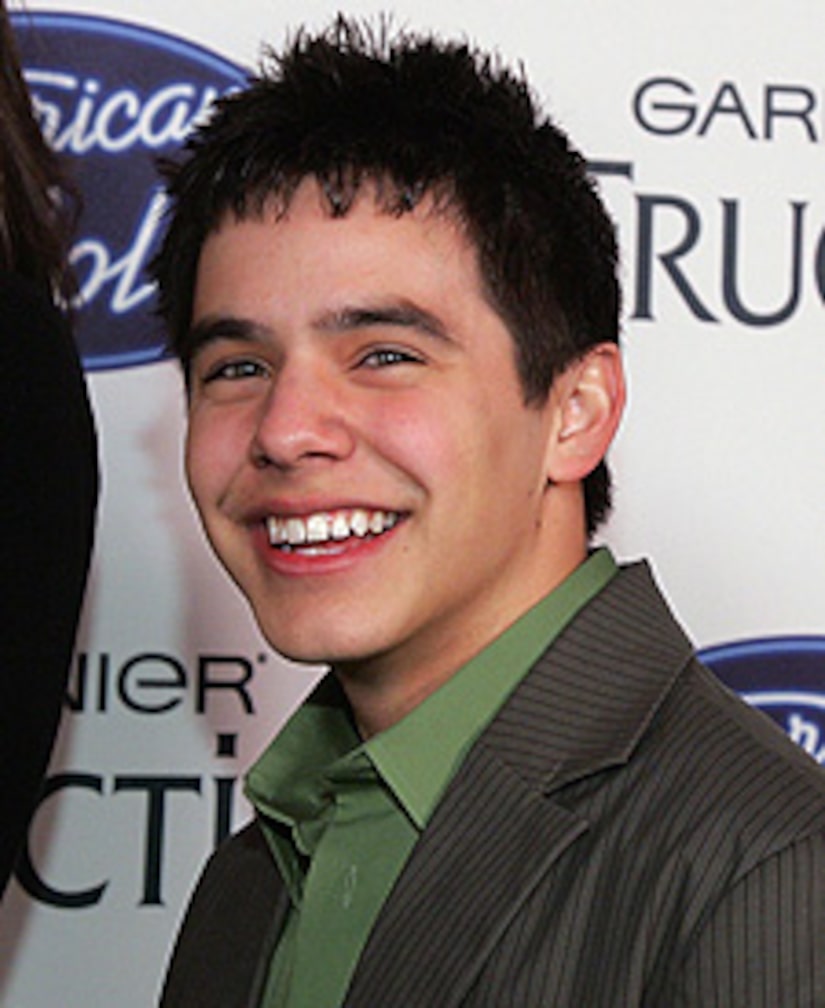 While several performances were outstanding, David Archuleta undoubtedly stole the show - with a weepy Paula saying, "It was one of the most moving performances I've ever seen." Luke Menard's lukewarm version of "Killer Queen" did not kill. Danny Noriega failed to outsing his manbob.

Expectations were high for the other "Idol" wannabes, including dreadlocked Jason Castro, who again played guitar. David Hernandez gave a rollicking version of "Papa Was a Rolling Stone," with Simon telling Hernandez, "That was the best vocal of the evening." Then Archuleta performed and Simon declared, "You're the one to beat."