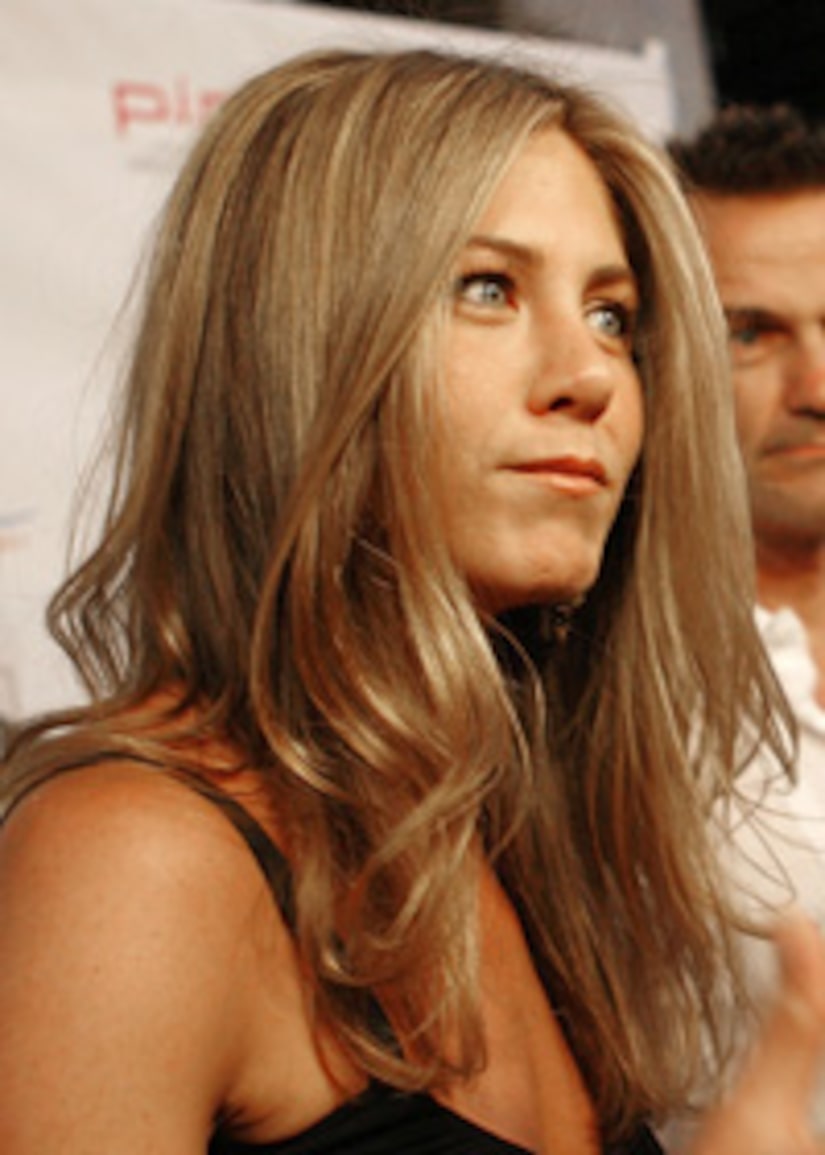 Does Jennifer Aniston have a new boy toy? Maybe.

But more importantly, is he boyfriend material? Let's hope so! "Extra" spotted the lovelorn starlet with a hunky new dude at best friend Courteney Cox's home for a post-Oscar bash.

For now, he's a mystery man, but one Jen thinks enough of to bring to Courteney's party.

Jen reportedly arrived in her Range Rover with the new guy, and left with him later in the same vehicle.

True to form, Jen dodged the paparazzi as she made her exit.