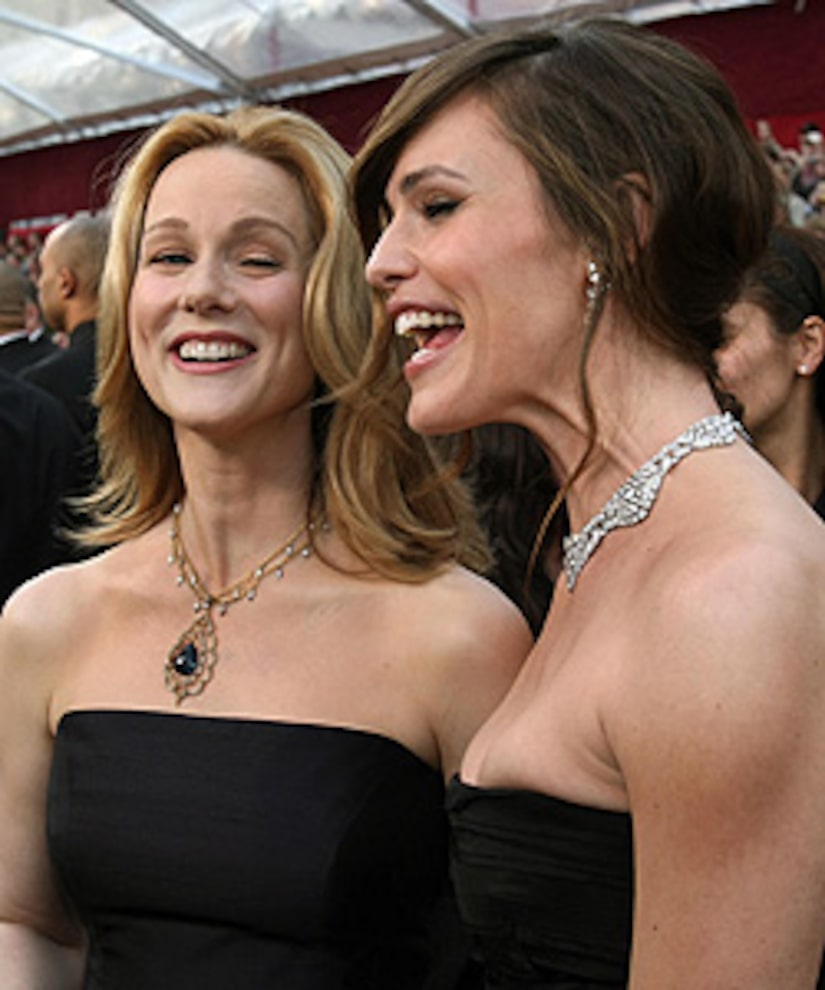 A glamorous red carpet event wouldn't be the same without at least one shocking moment.

Last night that moment was when actor Gary Busey bum rushed an interview between Ryan Seacrest and Jennifer Garner during red carpet arrivals at the Kodak Theater.

The E! TV host was talking to Jen and Oscar nominee Laura Linney when the actor came over and hugged Jen tightly before giving her a kiss on the neck.

Jen quickly composed herself and continued her interview, jokingly responding to Ryan's next question with a question of her own, saying, "You mean were you going to ask me about getting kissed on the neck on the red carpet by this man? That was fun!"

In response to his shenanigans, Busey later told People magazine, "It's about having fun. The idea is to suit up and show up," adding, "I have to run now, I have an early morning paper route."