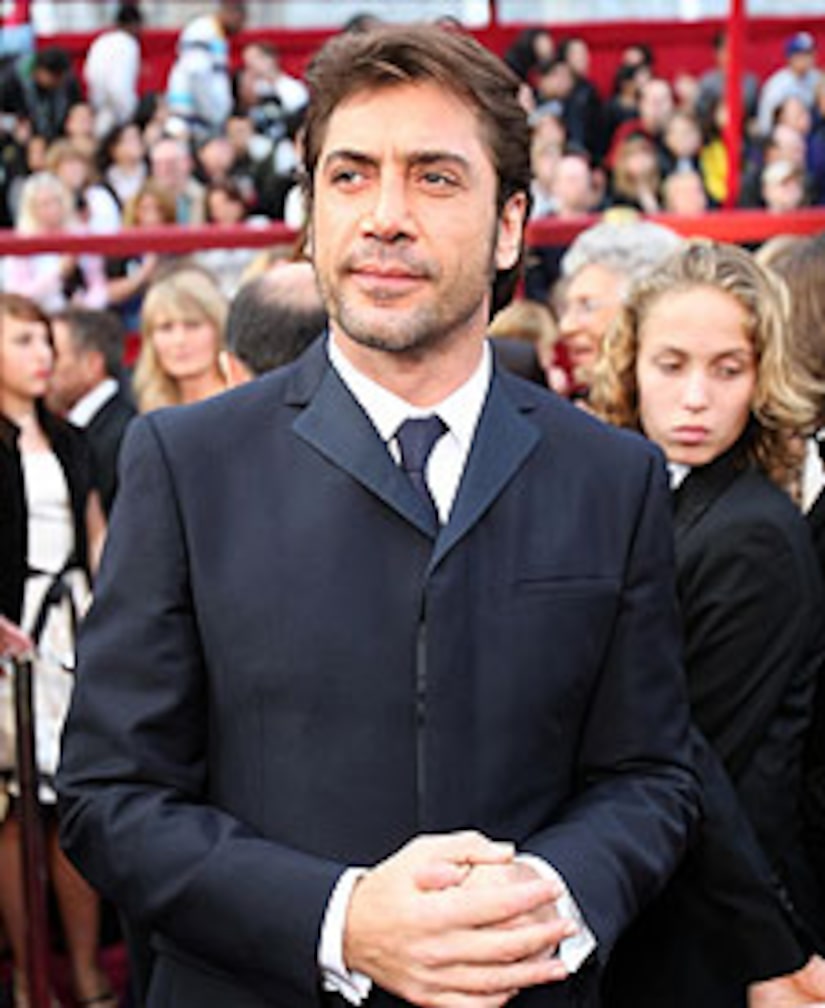 It was a sea of crimson gowns tonight on the red carpet, as ruby red proved to be the theme of the evening.

The Coen brothers also rocked the red carpet, but not because of their wardrobe. The brothers took home a whopping four Oscars for "No Country For Old Men," including one for Best Picture.

When being asked backstage if one brother does more work than the other, Joel replied, "We don't trade off, whoever is closest to the question answers it. There's no real division of labor, but a very collaborative process from top to bottom."

A collaborative labor of love it truly was, as Javier Bardem took home the gold for Best Supporting Actor in the Coens' Oscar-winning film.

After winning his award, Javier joked backstage that his mother didn't believe he would take home the prize tonight.

Bardem confessed that his mother said, "They're not going to give it to you, and if they do, have fun with it!" Javier joked that the only thing she was worried about was getting through immigration easily at the airport.

All eyes were the "No Country" men for most of the night, but one man who almost single-handedly swept award season this year was Daniel Day-Lewis.

Day-Lewis won the Best Actor honor tonight for his portrayal of a capitalistic oil tycoon gone mad in Paul Thomas Anderson's "There Will Be Blood."

In an interview in the press room at later at the Governor's Ball, Daniel said he's absolutely "thrilled" and "delighted" that one of the most famous lines of the film is becoming part of the pop culture lexicon.

"I drink your milkshake. I drink it up," has exploded all over the internet as one of the most notorious lines of dialogue this year, being cut and riffed into mini-movies all over Youtube.com.

Another winner caught at the Governor's Ball tonight was an awestruck Tilda Swinton, who took home the award for Best Supporting Actress in "Michael Clayton."

Swinton admitted when faced with making an unexpected speech in front of a group of people, she goes completely numb, saying, "You could tell me my dress fell off and I would have had no idea."

She dedicated her Oscar to her American agent, joking there's a close resemblance between him and her newly-acquired gold statue.