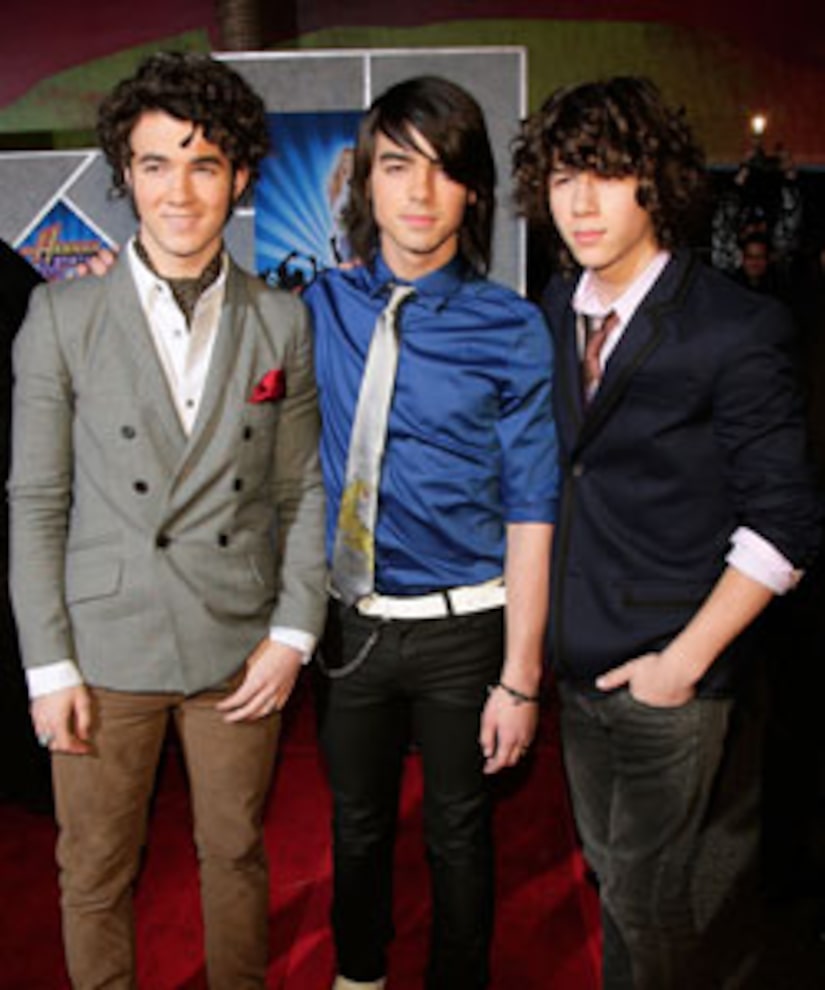 Teen pop sensations the Jonas brothers are taking back the nation with their concerts with Miley Cyrus, but now they're taking a vow of chastity.

The boys told and Details magazine that they plan to remain virgins until they're married, and they're wearing purity rings as "promises to ourselves and to God that we'll stay pure till marriage," Joe, 18, said.

The rings are "just one of our ways of kind of like being different than everybody else out there," Nick, 15, added.

Oldest brother Kevin, 20, has a ring from Tiffany's that he describes as "pretty rock and roll."