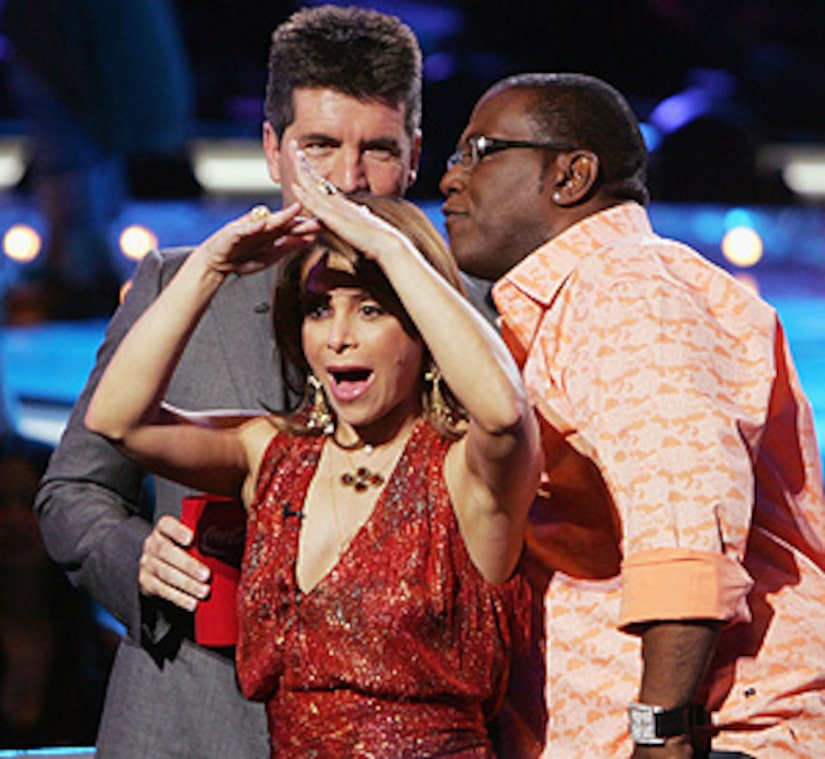 The elimination process has begun.

All four contestants went out with a bang, singing the songs they competed with on this week's round of auditions.

But fond memories aren't the only thing Amy Davis will be leaving with.

She's currently heating up the pages of Maxim magazine in a bikini!

On her way out the door last night, Simon told Amy she "looked great, but didn't sound great." He also blasted plus-sized model Joanne, telling her that she made a "horrible song choice."

And despite comments Judge Cowell made about Garret needing a bit of fresh air, the mop-headed contestant assured Simon he won't be hitting the tanning beds, saying, "I am happy with who I am as a person."

Last night's result show didn't end without a little treat from Paula Abdul, though, as she debuted the world premiere of her first music video in the last decade, featuring Randy Jackson on guitar.

The track is featured on Jackson's new album, and the video ended with a freeze frame of Paula, Ryan her fellow "Idol" judges in a warm embrace.