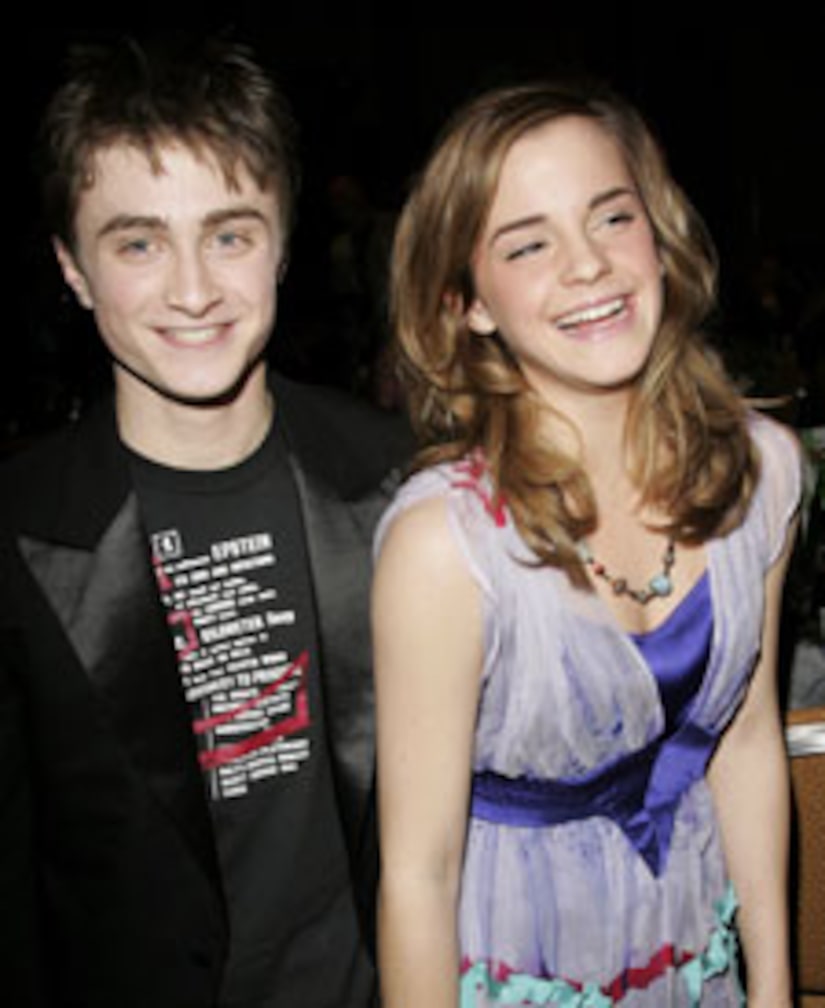 They're good friends on screen, but is Harry Potter, also known as Daniel Radcliffe, trying to cast a love spell on co-star Emma Watson in real life?

The two were spotted snuggling at a London bar on Valentine's Day near the young wizard's home.

Emma, who plays Hermione in the "Potter" series, was reportedly covering her head with a scarf in an attempt to avoid being seen.

The two supposedly laughed the night away in the bar, leading to rumors of a budding romance. Then again, it's the same bar where they're shooting a new movie together.