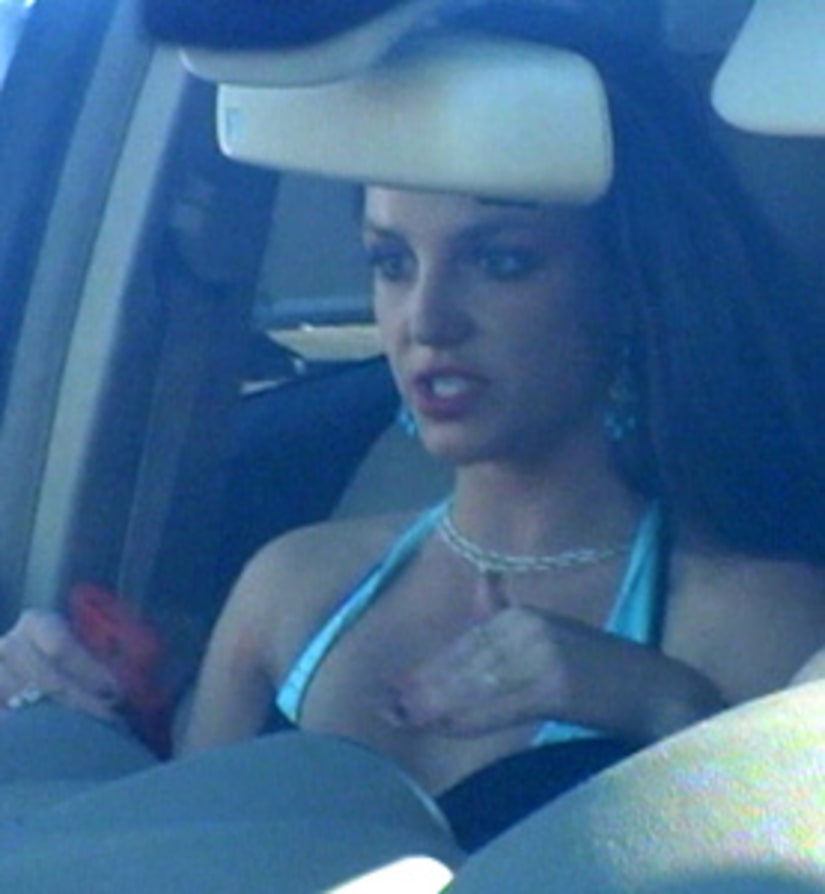 Britney Spears visited a West Hollywood hair salon last night where a team of stylists updated her 'do – but they weren't alone! A pack of paparazzi followed the troubled pop star's every move until cops put an end to the spectacle.

X17 Online captured the chaos as eager photogs swarmed the salon windows and snapped away despite tightly-drawn curtains.

The photogs got so out of control at one point that the West Hollywood police arrived to mellow the frenzy. Several cameramen were handcuffed and hauled away.

X17 also snapped another paparazzi visitor for Brit last night – her boy-toy Adnan Ghalib. He was reportedly making his way to Brit's Beverly Hills home before being caught by his fellow paps and speeding off into the night.

Meanwhile, a judge has put the brakes on Brit's driving-without-a-license case after her conservatorship attorneys said they don't think she's “qualified or capable of entering into a binding agreement.” They also don't think she's capable of giving a deposition or signed declaration, her lawyer said.

The case will be extended until March 20.

Brit was charged with a misdemeanor last August when she hit a parked car and sped off without notifying the owner. She was cited for a hit and run without a license, but the court later dropped the hit-and-run charges.