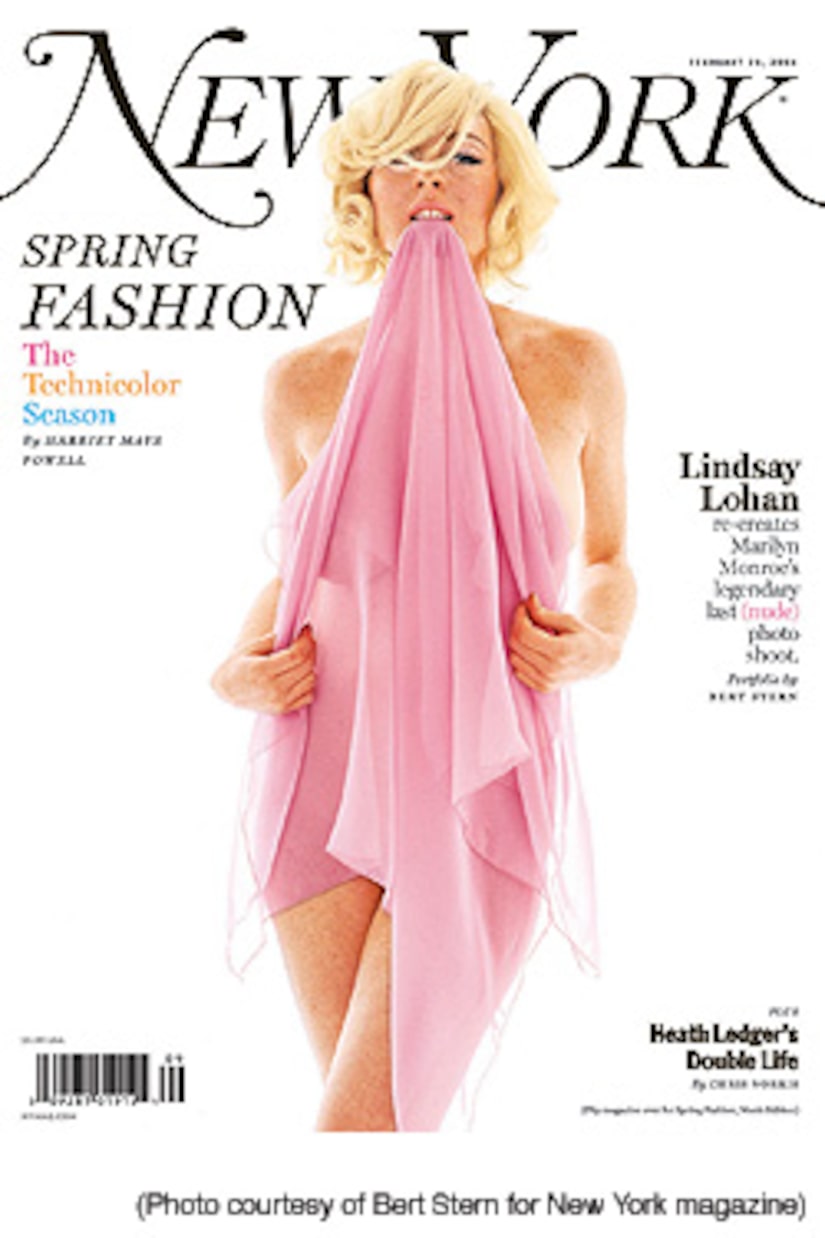 The party-girl, 21, is sexy, sultry and totally naked for the Feb. 25 issue, which recreates Marilyn's infamous "Last Sitting."

The spread was shot by the same photographer who took the original Marilyn pics in 1962, the year she died. Legendary lensman Bert Stern recreated the shoot down to the very last details.

"I was comfortable with it," she says of the nudity, adding that she did about 250 crunches the night before the shoot to get camera ready.

But how does Lindsay feel about the eerie connection between Marilyn's untimely death at age 36 and Heath Ledger's death at 28? Both died of drug overdoses.

"They are both prime examples of what this industry can do to someone," she says. As for herself, "I sure as hell wouldn't let it happen to me."